The Collection of the Eames Office as well as estates of prominent designers such as Alexander Girard, Anton Lorenz, George Nelson and others are maintained in the archive of the Vitra Design Museum. The holdings also include company publications, brochures, posters, patent documents and drawings.
If you have questions regarding the archive, please contact
archive(at)design-museum.de 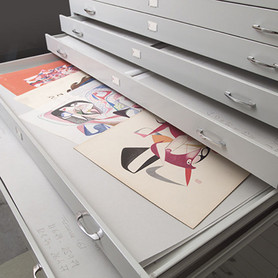 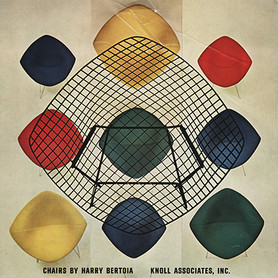 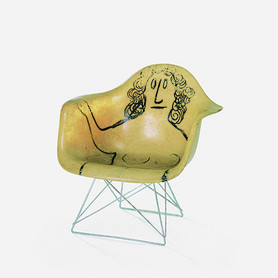 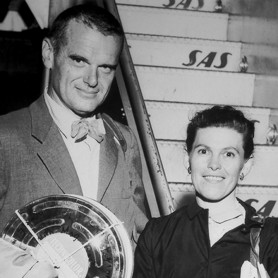 Records from the estate (library holdings, plans, drawings, photographs, slides). Period: 1924 – 1984, c. 7400 items. Nelson’s estate encompasses the areas of product design (especially furniture design), graphic design, industrial design, interior design and exhibition design; extensive coverage is given to his involvement with the “American National Exhibition” in Moscow in 1959. The George Nelson estate is the body of material most frequently consulted by outside at Vitra Design Museum. 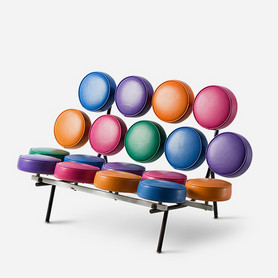 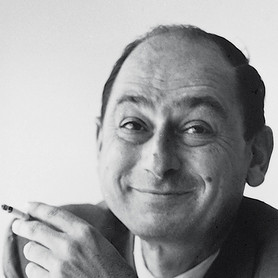 Objects, records and textiles from the estate. Period: c.1949 – 1998, c. 600 items. Many projects from the fields of furniture design and furniture production and other areas (including many that were never realized) are documented with numerous large-format drawings. 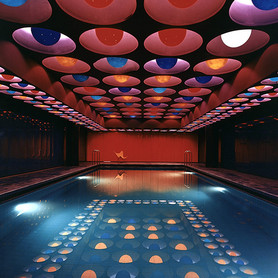 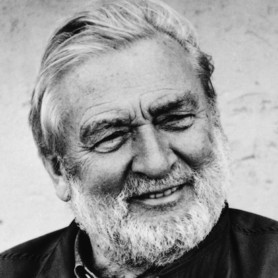 Pioneer and co-inventor of cantilevered tubular steel furniture records, including case files on the functional principle on the cantilevered. Period: 1927 – 1974, c. 45 linear meters of files, c. 370 items. Inventor of the “movement chair”, Lorenz lived and worked in Berlin, and then in the United States from the 1940s. Worldwide, this is the most significant estate on the history of tubular steel furniture, containing correspondence with Le Corbusier, Charlotte Perriand, Laszlo Mohoy-Nagy, Marcel Breuer and Ludwig Mies van der Rohe. 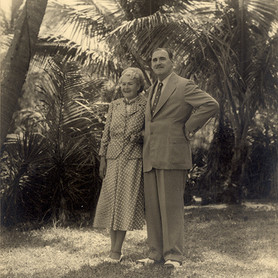 Correspondence, photographs. Period: 1943 – 1979, c. 600 items. The bulk of the holdings concerns Bertoia’s work as a sculptor and metal artist. 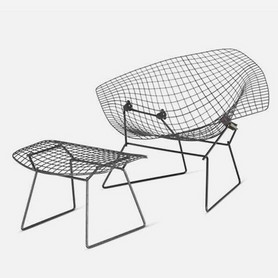 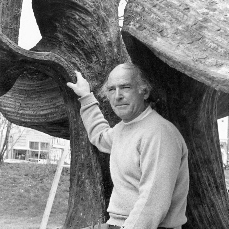 Object and archive estate, period from ca. 1929 – 1985. The estate of the designer and architect Alexander Girard contains original documents, sketches and photographs as well as three-dimensional objects and an extensive collection of textiles.

Along with designs for industrial manufacturers, the estate is distinguished by a multitude of small, often handcrafted and highly personal objects produced for his own use and enjoyment. The documented materials include creations from the fields of furniture design, architecture, graphic design, textiles, tableware and decoration for corporate and private clients such as Herman Miller, Braniff Airlines, Detrola Corporation, Georg Jensen, James Irwin Miller and Billy Wilder along with materials from numerous design and folk art exhibitions organized by Girard, such as at the Museum of Modern Art in New York, the Detroit Art Institute or the Hemisfair international exposition in 1968. As the long-time design director of the Herman Miller Textile Division, Girard worked side by side with Ray and Charles Eames and George Nelson whose archives likewise belong to the museum’s collection, allowing important connections to be made among these important holdings. The inventory of his extensive collections along with sketches, media reports and informational materials were carefully maintained and documented by Girard and his assistants, thereby constituting a unique source for further research on Girard. His expansive folk art collection, consisting of some 106,000 pieces, was donated by Alexander Girard back in 1978 to the International Museum of Folk Art in Santa Fe where it can still be viewed in a presentation designed by Girard himself. The appraisal of the three-dimensional estate is currently being carried out at the Vitra Design Museum. 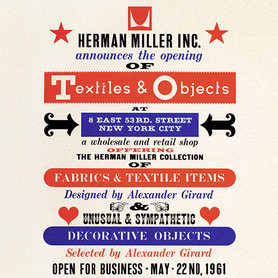 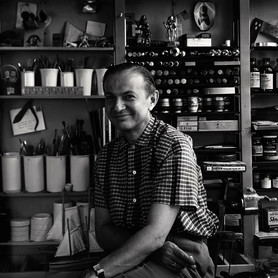