Allen Jones is one of the most renowned British Pop artists. In the exhibition "Pop Art Design", he is represented with furniture sculptures from 1960, showing barely dressed women and questioning the border of art and design. Jones spoke about his work and the influence of Pop on contemporary creatives with Mateo Kries, Director of Vitra Design Museum.

Mr Jones, you studied in the late 1950s at the Royal College of Art with David Hockney and Ronald Brooks Kitaj. How did Pop Art emerge from that context?

When I was a student most young artists were looking toward American Abstract Expressionism. But at the Royal College of Art was a group of students with strong interests in figuration but looking elsewhere for inspiration rather than the tired figurative tradition that stemmed from Walter Sickert in England. Richard Hamilton and Eduardo Paolozzi in the exhibition “This is Tomorrow” and, more importantly for me, the writer/critic Lawrence Alloway, introduced new ways of thinking about representation and the radical art scene developing in New York. As a city boy I gravitated toward the idea that urban life could be a legitimate source for inspiration for our creativity.

What exactly were the inspirations from urban life?

I grew up in a West London suburb and as a student spent three hours a day for five years travelling across London to attend art school. The city became a release from childhood and contained all the possibilities of what life could be.  Pageants and parades, victory celebrations and coronation, museums, music halls and the London Palladium.

How did your famous female figure objects of the late 1960s result from this work?

In my early 20’s I experimented with shaped canvases that described in schematic form the subjects depicted upon them and freed the paint from describing an illusionistic space. Buses, planes, parachutes and medals were all motifs familiar to someone who had grown up as a war baby. By the late ‘60’s I had become focussed on the female figure. My depictions became more volumetric, stylised and, to my mind, sexy.  As they became more highly modelled and tactile I questioned the need to be painting them on a flat canvas.  My ‘furniture’ sculptures grew directly out of these concerns. I commenced with a standing figure, intending it to be clad in street clothes.  However, I thought it might look like a refugee from Surrealism, a window mannequin or “found object”. A solution was suggested by an adult erotic cartoon strip of a figure supporting a table top.  By giving my sculpture a functional connotation it acted as a distancing device that further dislocated the expectation of what a sculpture could be.

In the 1960s, complex plastic objects were a design challenge . . . So how did you have them manufactured?

I went to people who made waxworks for museums, including Madame Tussaud’s, and they introduced me to a commercial sculptor. I gave him some drawings and then I went a couple of times each week to see the clay figure as he developed it. When we perfected the object to my specifications it was cast into fibreglass and so on… I ordered the figure because I did not want the sculpture to betray the hand of the artist or have any expressionist involvement with making the figure on my part.

As the sculptures you describe pretend to be design objects, did you have a special interest in design?

As a young man the first object that I bought when I had some cash was an Eames chair and ottoman. At home we are surrounded with good design, including Eileen Grey sofas and Corbusier chairs.  My wife was a director of a successful design company and also set up a design studio for Sir Terence Conran, so she knows something about the subject too. My ‘furniture’ sculptures have also been “designed”, although as fine art they do not have a useful function. For me, design means the rational solution to a problem.  Designers respond to problems, whereas artists pose them.

One of the motives that is very often associated with your work is the female body, the sexual image. Did you want to give a statement about sexual liberation, or about feminism?

I lived on the Kings Road in the 60’s and 70’s, witnessing the liberation of the body and socio-political situation that followed the austerity of the post war years. Pushing our twins around Chelsea in their pram was to be in a living theatre.  Each week hemlines got shorter, eventually disappearing into hotpants - Raquel Welch in the boutiques and the Stones on the sound systems. Lycra appeared around this time, allowing more and more of the body to be revealed whilst still keeping it covered up. Leather and latex came from the closet to the catwalk and boys could look like girls. No one exists in a vacuum, least of all an artist, and all these things feed into and are reflected in my work.  Indeed, with the passage of time, my sculptures might well encapsulate the spirit of that period.

The legendary collector Gunter Sachs, husband of Brigitte Bardot, possessed some of your famous design sculptures. Recently they were auctioned for an extremely high price. What did you think when you heard about this?

I was pleased, of course, but I told my wife that it doesn’t make work any easier in the studio!

What do you think about the phenomenon of Pop from today’s perspective? Do you think Pop has changed today’s society?

I think there is no other artistic movement in the 20th century, apart from Cubism, with the influence of Pop. When I was a student in the 1950’s Cubism was barely 40 years old and still considered avant-garde by our teachers whereas for us, the students, it was history. Today, after a similar lapse in time, young artists feed off Pop in the same way that our generation digested Futurism and Cubism. 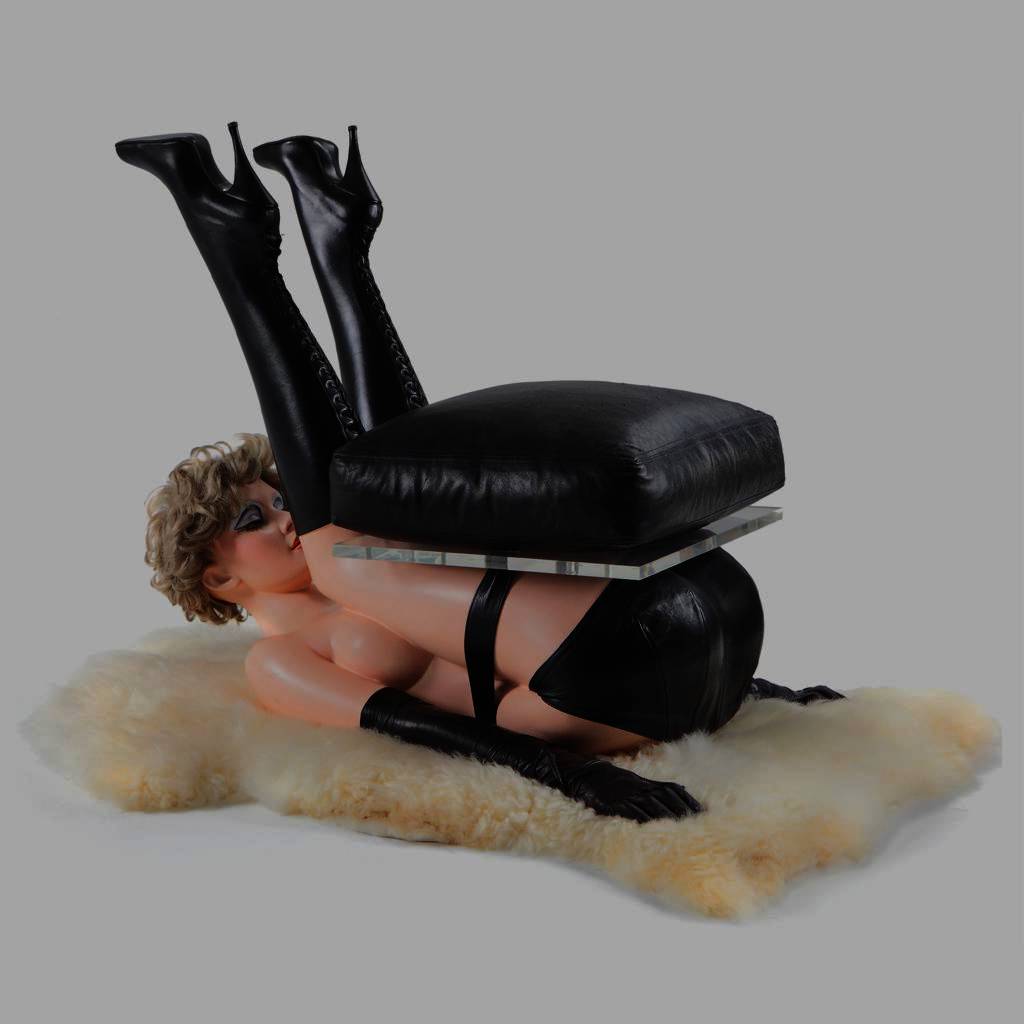 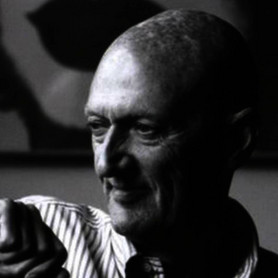 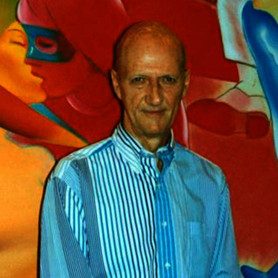