»The critical potential of Pop Art should not be ignored.«

Hans-Ulrich Obrist is the artistic director of the Serpentine Gallery in London and is regarded as one of the world’s most influential curators. Mateo Kries, director of the Vitra Design Museum, spoke with Obrist about the origins of Pop Art, its place in art history, and the underestimated value of exhibitions as a link between art, design and architecture.

MK: Pop Art has taken on such mythic status that it is worthwhile to newly reflect on its origins. In your opinion, how did this movement come about — where did the ideas of Pop Art come from?

HUO: Pop Art has often been regarded as an American phenomenon, and the contributions of such artists as Roy Lichtenstein and Andy Warhol were indisputably fundamental. But it is also important to note that Pop likewise appeared at an early point in England, where Richard Hamilton was a central figure. In the 1950s, he gave nascent expression to the ideas of Pop Art with his exhibitions and the aesthetic of his paintings, as well as the way that he bridged the gap from art to design and architecture. It was not only his collage, ‘Just what is it that makes today's homes so different, so appealing?’ — which is always cited as the first image of Pop Art — but also the fact that he liberated the viewer from what he termed the ‘monocular cage’. He built bridges between the various disciplines, including architecture and design.

Where did the impulses for this come from?

Hamilton worked at the Reimann School for industrial and applied arts during the 1930s. His work there involved setting up exhibition stands and promotional signs. During that era, many design ideals still emanated from the Bauhaus: the interdisciplinary spirit; the idea that highly qualified specialists worked in a practical, hands-on environment; and the fact that commercial studios for display, fashion, graphic design and photography also attracted artists. All of these things were significant for the emergence of Pop Art. It began with Warhol in the same way. After 1933, the ideas of the Bauhaus emigrated to England and the USA. But they were still so strong that one can certainly describe Pop Art as a commercial continuation of Bauhaus ideas.

At the same time, many artists and designers of the postwar period took a critical view of classic Modernism and the International Style. Is there an explanation for the fact that they partially rejected the prewar avant-garde, yet at the same time perpetuated it? Is it a characteristic of Pop Art, perhaps, that it left room for widely divergent artistic ideologies — that it was not an ideology at all, in this sense, but more a way of thinking about media and communication?

When one reads interviews with artists who are identified with this movement, they are always sceptical about being labelled with a stereotype. At the Bauhaus, there was this ideology or this idea of a universal language that could reach the entire world and improve it. This was a utopian vision, and it was also present in the 1960s, whether we look at Team 10 or the Independent Group. But the critical potential of Pop Art should by no means be ignored. Glissant touched upon this paradox when he said that, due to the existence of this universal idea of a homogenising process that causes differences to disappear, it is important that global dialogues are initiated which are not homogenising — that is, a global dialogue that generates differences. This was not relevant for the the early twentieth-century avant-garde, but it was a relevant issue in Pop Art. Just consider the fact that Pop Art was not restricted to the USA and England, but that distinctive manifestations of Pop evolved in other countries, such as Germany, or also in Scandinavia and France.

But then how could the engagement with earlier avant-garde movements lead to the emergence of what Lawrence Alloway christened as Pop Art? Didn’t influences from the postwar period play a role in this?

The decade of the ’50s was strongly influenced by television and moving pictures, and these things also entered the realm of art. The pre-Pop generation, including the Independent Group, for example, was the first to bring television into the museums. This was intensified during the ’60s. The aim was to transport the complex construct of modern life, which people saw portrayed on television, into the museum context. The field of exhibition design was also extremely important in this respect. England was the site of pioneering exhibitions, for example, ‘Growth and Form’ or ‘Man, Machine and Motion’ in Newcastle in 1955, or ‘An Exhibit’ in 1957, also in Newcastle — but also other projects like Philip Johnson’s ‘Machine Art’ exhibition at MoMA. All of these projects dealt with ideas from the realm of architecture and sought to immerse the viewer in a physical space. As a medium, the exhibition format corresponded to the ideal of the viewer moving within a room — one could sit on a chair, watch a film, read a book, consume information in a variety of different ways. In a sense, it was the beginning of the information age — yes, the fact that exhibitions presented information in dynamic, penetrating surroundings, rather than projecting something onto a stationary viewer.

The immersion of the viewer, the dialogue with electronic media, the reference to everyday culture — the things that you mention also led to completely new museum concepts. New institutions were established, such as the Moderna Museet in Stockholm by Pontus Hultén, one of the great promoters of Pop Art. What things did Pop Art, as a movement, introduce to the museum world? Was it connected with a new way of apprehending the museum as a place?

The major moment of the Pop museum is Cedric Price’s ‘Fun Palace’. The point of the Fun Palace was that you could have an exhibition like ‘This Is Tomorrow’ every day. It was about these contacts and disciplines, about the fact that there are fast and slow paths, about the blurring of borders between high and popular culture — that they were becoming more porous. It was about the emergence of an institution that has the energy of a power plant, one that places art in relation to what is going on in the world around it. For this reason, Price collaborated with the theatre director Joan Littlewood. It was about exhibiting things in a way that surmounted the various disciplines.

How do you view the dialogue between art and design in Pop Art among other figures of this era? Can it really be regarded as a constant factor of Pop Art?

What I previously said about the medium of the exhibition as an impulse for the evolution of Pop Art can also be observed in design — for example, in the exhibitions of Eames: his exhibition as an experiment in spanning the traditional disciplines, at MoMA, but also later in America and Moscow. Smithson was greatly influenced by Eames; he travelled to America, and Eames was like a father figure to him. But also in someone like Roy Lichtenstein, we see a movement from two-dimensionality to three-dimensionality. For example, there was a Pop exhibition at the National Portrait Gallery, where one literally observed, in the paintings of Allen Jones, how shelves pushed their way out of the canvas and became spatial objects. This was a conscious transgression of the border between painting and design. Denise Scott Brown provides another example of the way that the ideas of Pop Art overcame disciplinary boundaries. First she was part of the Independent Group in England, and then she went to the USA, where she first met Robert Venturi — the rest is history ...

How do you regard the term Pop in today’s art world? Is it more or less a historical foil that is referenced, or do some of its strategies continue to function?

Well, it’s no coincidence that Jeff Koons now has Lichtenstein’s famous picture with a painter’s palette in his studio. Koons wants to enter into a dialogue with art history, a dialogue with technologies, with the question of acceptance. His works are open to the viewer; their intention is to empower the viewer to develop an independent perspective, which explains his mirrored surfaces, in which viewers see themselves in the artwork. Pop Art is an important reference point for him, but Koons doesn’t stop there — he goes even further back, to Dali and Duchamp. They can also be seen as precursors of Pop Art, with their idea of making everyday things like the telephone into icons and opening them up to a variety of perspectives and interpretations. For someone like Koons, Pop Art is a link to history, to Duchamp, Dali and even further, and for all of the links in this chain, the metaphorical dimension of the found object is an open invitation to the viewer to incorporate his own experiences. The fact that the viewer has a place in the centre of the work is, I think, a core concept of Pop Art.

The heightening of everyday objects through their presentation in museums is not just an important motif of many artists, but also poses the principle question of how design can be exhibited. You put this to the test in 2010 with your exhibition ‘Design real’, in cooperation with Konstantin Grcic. Are you interested in the permeable borders between art and design, or were you attracted by the idea of bringing design into an institution that normally serves as a context for art?

We do not want to make the differences disappear. But with our pavilion series, we are also making architecture, and in a similar way, we want to work with design — also in the future. The exhibition by Konstantin Grcic was interesting specifically because the Serpentine Gallery is more of a venue for art than design. The design world viewed the exhibition very differently than the art world did. The objects on pedestals were seen as very functional and accessible everyday objects, on the one hand, but also as an exhibition of design in an unusual context. The art world saw them more as readymades, as an art installation.

What possibilities do you see for bringing design into the museum? Especially when one observes how trade fairs and magazines present design today, and when museums are searching for different or more profound ways of presenting design?

Richard Hamilton once said to me: ‘We only remember exhibitions that invented a new “display feature”.’ It is not just artists who have invented ‘display features’, but also many designers and architects, from Alvar Aalto to Rem Koolhaas. Today we remember the design exhibitions by Enzo Mari, the Castiglioni brothers, the Eameses. The big chance of design exhibitions is to take up the historical thread of experimental displays. They are like corkscrews that penetrate memory — one doesn’t forget them. Of course, an exhibition is not a strong economic factor; nobody buys an exhibition display. It is dismantled after an exhibition and is a weak link in the chain of art valorisation. But it is a very strong link to history — a highway, so to speak, for going down in history. 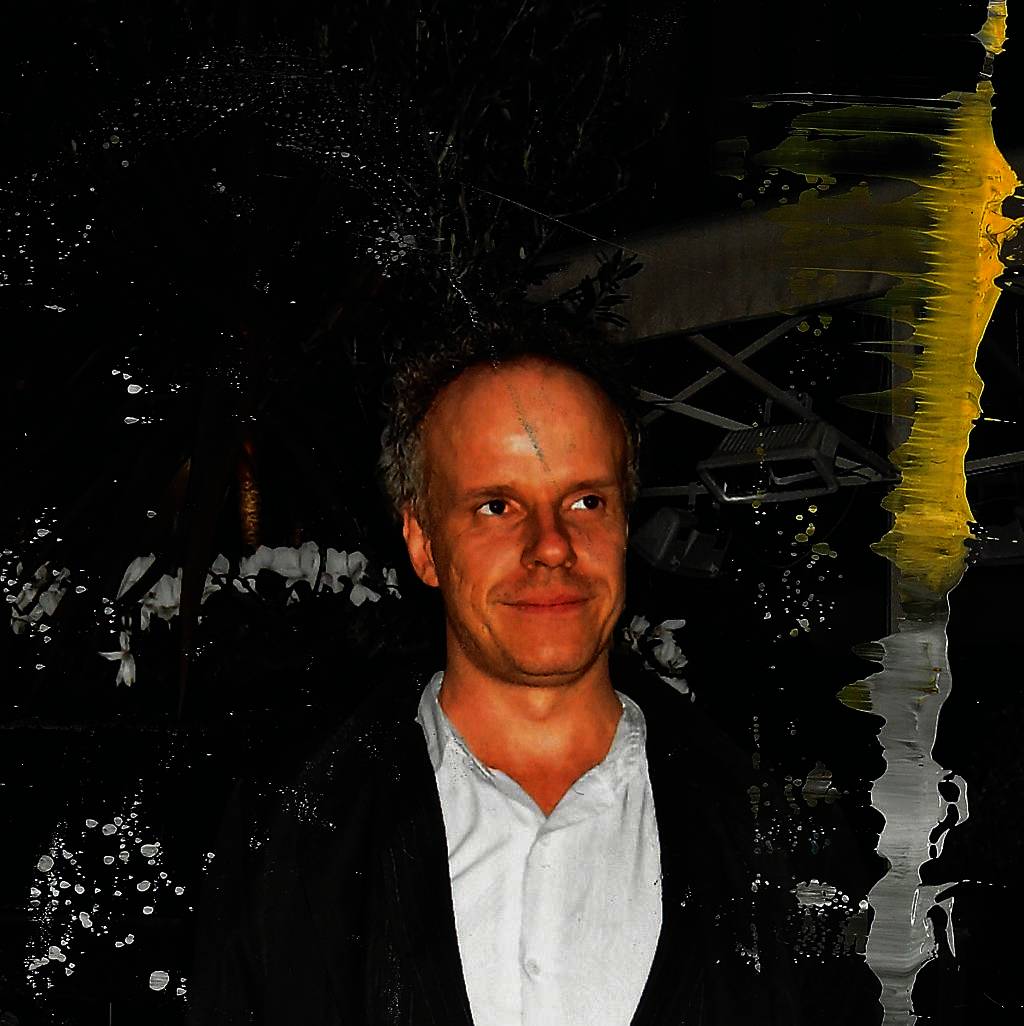