Many surrealist artists have created ready-mades and other disturbing objects, unsettling our supposedly familiar world. André Breton and Salvador Dalí are examples of these surrealists who took an interest in everyday objects. We conducted an imaginary interview with these two artists on the subjects of surrealism and design.

Salvador Dalí, you are a talented painter and you have now started to create objects, including a telephone with a lobster-shaped handset and a red court shoe in a strange assemblage. What do you find so interesting about everyday objects?

These objects, which lend themselves to a minimum of mechanical functioning, are based on the fantasies and representations that can arise from the performance of subconscious acts. I try to create fantastic things, magical things, dream-like things. The world needs more fantasy. Our civilisation is too mechanical. We can make the fantastic real, and then it is more real than that which actually exists.

In 1934/35, you made a collage of the parts of the face of Hollywood star, Mae West, representing an apartment, with a sofa in the shape of Mae West’s lips. You then produced this sofa for collector Edward James. The sofa became one of your best-known objects. However did you come up with this idea?

Mr. Breton, you wrote that surrealist works are beautiful like the »chance meeting on a dissection table of an umbrella and a sewing machine«. What did you mean by that?

This is a metaphor that I borrowed from symbolist poet, Lautréamont, because it provides an exact definition of the concept of beauty, which is, for me, the basis of surrealism: I describe it as »convulsive beauty«. Convulsive beauty cannot appear except from the poignant feeling of the thing revealed, the integral certainty produced by the emergence of a solution, which, by its very nature, could not come to us along ordinary logical paths. Convulsive beauty will be veiled-erotic, fixed-explosive, magic-circumstantial or not at all.

You are a frequent visitor of the Paris flea markets, often accompanied by other artists, such as Alberto Giacometti. What do you find fascinating about flea markets?

Pleasure always comes from the encounter between the object of desire and the finding. The finding of an object serves here exactly the same purpose as the dream, in the sense that it frees the individual from paralyzing affective scruples, comforts him, and makes him understand that the obstacle he might have thought insurmountable is cleared.

You can find all information on the exhibition »Objects of Desire: Surrealism and Design« here. 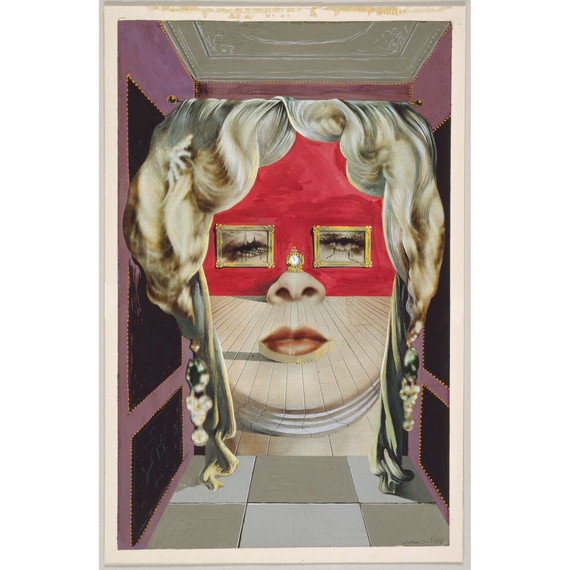