Charles and Ray Eames are among the most famous designers in history, but many areas of their life and work have not been explored in depth and are shrouded in myth. Exhibition curator Jolanthe Kugler and the Vitra Design Museum’s director Mateo Kries spoke with Eames Demetrios, grandson of Charles Eames and director of the Eames Office, to get to the heart of the legendary couple’s working process.

How did Charles and Ray meet?

Charles and Ray met at Cranbrook Academy where Ray was taking classes in fine art and Charles was an instructor. At Cranbrook, there was a group of people helping Charles and Eero Saarinen put the final touches on their submission to the »Organic Design in Home Furnishings« competition at MoMA. This group included Ray. They were both in a period of personal and professional transition in their lives and were both consciously trying to find a path that was more consistent with how they saw the world and their ability to contribute to it.

What was the nature of their collaboration?

The letters Charles wrote to Ray before they got married are one of the most important resources that have helped me to understand who they were. It’s unusual that, before they were even married, their vision of a life together was not only romantic – or maybe it was extra-romantic because of this – it was also about working together. It’s clear that they were talking about a partnership of exploring ideas and design, film and all sorts of things. Ray was an incredibly curious person. She was omnivorous – very interested in absolutely everything. She traveled in an art scene that included Lee Krasner, Jackson Pollock, and Robert De Niro Sr. Charles had previously spent eight months wandering around Mexico, supporting himself with odd jobs and painting. Charles saw that the villagers around him were poor, but they still had rich cultural, emotional, and spiritual lives, just no money. And he decided at that point that one really could live on just about nothing, so therefore he had to – and would – stop using the excuse of »making a living« as justification for doing things he didn’t believe in. It changed his practice forever. And both he and Ray lived by it.

The Eameses designed more than 100 pieces of furniture, but just as many films and exhibitions: what were the ideas behind this approach? What did they have in mind when they designed things that were very different from furniture?

First of all, Charles and Ray might have even rejected the premise of the question that these things were different from furniture design. The process and the way they addressed it was basically very similar. With every medium they explored, there was always this point where it was just the two of them working. They wanted to be able to learn. There’s a real common thread between the process in all of the things they did – there’s always this time of playing with it, which they applied to everything.

You always talk about them as a unit: Did they have very clearly distributed roles or were things more fluid?

People really want to compartmentalize Charles and Ray. I was once at the Eames House when somebody said, »Oh, Charles must have done the structure and Ray must have done the sense of interiors.« My answer to this is that I don’t know any married couple where everything is completely defined in such a perfect way. There are people who have tendencies, but any relationship is complex and Charles and Ray’s was certainly rich and complex. We have sketches by each of them with ideas for the re-design of the house from its first structure to its second. Indeed, they were both even working on the color schemes for the house – something people always want to attribute to Ray –  which, in turn, means that they were sketching individually at times. This need to always dissect and oversimplify their relationship is crazy. 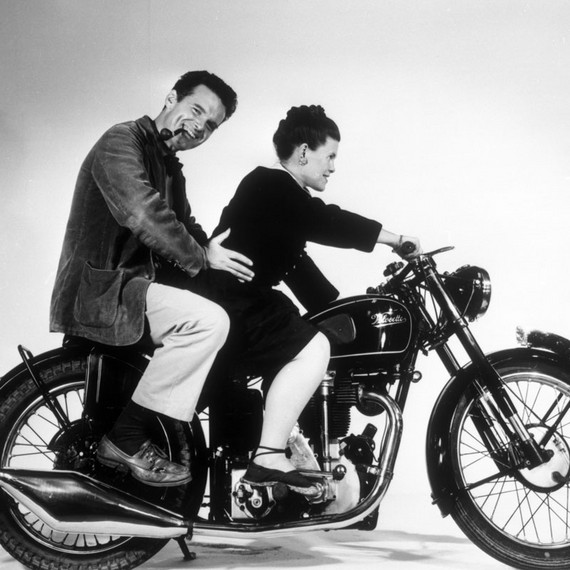