»The nightclub is a manifestation of what’s going on in popular culture.«

Mr. Schrager, Studio 54 presented theperfect stage for an unprecedented andspectacular mix of celebrities and partypeople. Who did you choose to designStudio 54?

Ron Dowd and Scott Bromley, an architect in Ron’s office. We also chose lighting designer Brian Thompson and a florist, Renny Reynolds, who we used for the events and parties we staged…I found myself relying on the taste and judgement of the florist and lighting designer way beyond their ethereal disciplines, way beyond lighting,way beyond flowers…

What was the thinking behind the interior design?

The whole space was done in six weeks so there wasn’t time to contemplate! High tech was emerging as a design aesthetic…Ron was into the ziggurats of Art Deco and the vocab of hightech…. His design was very simple but design played a role because the club wasn’t just painted black and so dark that you didn’t notice anything;there was some style and sophistication to it. Studio 54 was the first nightclub of its kind –where dancing was the most important part.

How did you manage to prioritise dancing then?

We divided the dance floor from the interiors in the same way the seats of a theatre are separated from the stage. We ran into difficulties because the lighting designers for the ambience also wanted to do the lighting for the dance floor and we wanted a different, very technical approach. The lighting for the interiors needed to be soft and stylish to accentuate the design and architectural forms, where less is more. For the lighting on the dance floor, we wanted "more is more". We went to Jules Fisher and Paul Marantz. The combination of architectural lighting and theatrical lighting created a space which made people look and feel good; it was the linchpin of the club's success.

The mix of the crowd was an important ingredient of Studio 54. Can you tell me about the door policy?

My partner Steve Rubell executed it. The idea was that we were throwing a party and we wanted people who would enhance it. They couldn’t be dead weights. There’s nothing more boring than a bunch of rich people looking at another bunch of rich people. At Studio, we would have a shirtless gay hairdresser dancing with a fancy woman who bought her diamonds for a bargain. It created a combustible energy. We wanted people from all walks of life, and it had nothing to do with how rich you were or how successful you were. Also we didn’t want women to feel men were constantly hitting on them. We wanted people to feel free and relaxed, that Studio was a sanctuary. We screened at the door for this. We exercised the same discretion in a public venue that people exercise in their own home when they have a dinner party, where you might seat somebody who is very talkative next to somebody who is not.

After your work in nightclubs, you went into the hotel business. What lessons did you learn from nightclubs which you could apply to hotels?

Clubs were a great training ground because there's no discernible product in the nightclub; it’s all about the magic you can create, the elevated experience, stimulating the senses…When I went into the hotel business – where the product is a bed – I maintained the same approach. But I feel I could create this magic with anything…It makes me wonder why everyone is so interested in nightclubs… I think it’s because popular culture comes from there. Ultimately, the nightclub is a manifestation of what’s going on in popular culture. 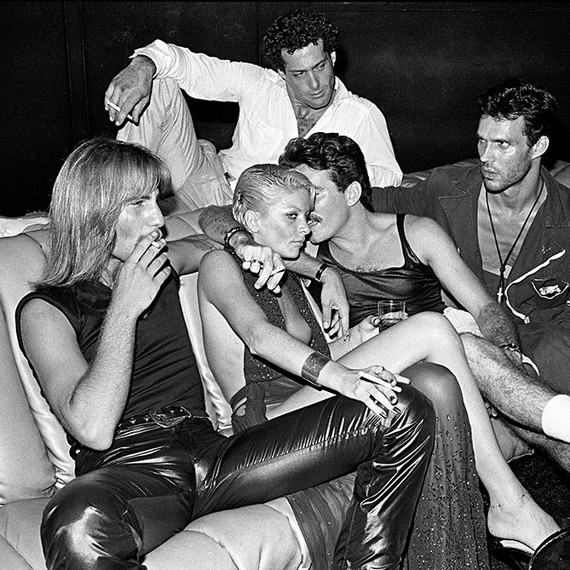