The architectural critic Sigfried Giedion called him the »Magus of the North«: Alvar Aalto (1898–1976) is the best known Finnish architect of his generation and a chief proponent of a human-centred modernism. His buildings such as the Paimio Sanatorium (1933) or Villa Mairea (1939) embody a masterful interplay of organic volumes, forms and materials. Aalto’s Paimio Chair (1931–1932) and his Stool 60 (1933) were milestones in the development of modern furniture, and his emblematic Savoy Vase (1936) has become the symbol of Finnish Design. With »Alvar Aalto – Second Nature«, the Vitra Design Museum is now presenting a major retrospective exhibition on this legendary architect and reveals many new aspects of his oeuvre.
While previous exhibitions and publications have regarded Aalto’s organic architectural language as having been derived directly from Finnish nature and landscape, »Alvar Aalto – Second Nature« takes a new, more contemporary look at Aalto. The exhibition explores how Aalto’s affinity for organic form was mediated through a close dialogue with many artists of his time, such as László Moholy-Nagy, Jean Arp, Alexander Calder or Fernand Léger. Works of these and other artists are juxtaposed with Aaltos designs and buildings, illustrating his significance as a figurehead of the international art and architecture Avant-Garde from the 1920s onwards.
The cosmopolitan Aalto, who had a strong interest in cinema, film, photography and theater, quoted Fernand Léger by calling himself a »chef d’orchestre« conducting all the arts to synthesize a harmonious, symphonic whole. He created living spaces that appear warm and organic, saturated with a masterful combination of volumes and building materials, terraced floors and ceilings, and a choreography of daylight and electric light — an environment which transformed inspirations from art and natural forms into a »second nature« for modern man. This approach is exemplified in projects like his early Vyborg Library (1927-1935), but also in large-scale buildings such as Kulturzentrum Wolfsburg (1958-1962). From door handles and lighting fixtures to built-in furniture, Aalto frequently designed the interiors of his buildings down to the smallest detail. In 1935, with the aim to produce and promote his own furniture designs, Aalto founded Artek, conceived as both an international furniture company and as a gallery, with his wife Aino and two collaborators. Artek soon became a prestigious address for modernist Avant-Garde culture and developed – in Aaltos words – »mondial activities«.
The expansion of Artek reflected Aalto’s large international network, which also guaranteed him influence on social and political debates and led to commissions in countries such as Italy, Switzerland, France, Germany and the USA in the postwar period. Aalto designed such diverse projects as standardized and prefabricated housing systems in Finland as well as an apartment building in Berlin’s Hansaviertel for the international building exhibition »Interbau« in 1957. Aalto’s prolific career spans a period from the early 1920s until the 1970s, spawning over 400 buildings and dozens of furniture pieces, glass objects and lights. It culminated with large-scale commissions like Finlandia Hall in Helsinki (1975), just one year prior to his death, and the Opera House in Essen, which was completed posthumously in 1988.
»Alvar Aalto – Second Nature« provides an extensive overview of Aalto’s life and work, including historical architectural models, original drawings, furniture, lights and glassware, as well as works by other acclaimed artists like Alexander Calder or Jean Arp. The exhibition covers Aalto’s most iconic buildings and designs, but also lesser known projects like his Experimental House in Muuratsalo (1952-1953), an extraordinary composition of different materials which appears like a 21st century architectural collage. The exhibition’s new perspective on Aalto is emphasized by the work of German artist Armin Linke, who has been commissioned to produce new photographs and films of selected buildings. Linke’s works appear throughout the entire exhibition setting, in dialogue with historic and archival material from the Alvar Aalto Foundation and other international lenders.

Each of the four spaces in »Alvar Aalto – Second Nature« focuses on different thematic aspects of Aalto’s life and work in loosely chronological order. The first space is concerned with Aalto’s early work up to the legendary design of the Paimio sanatorium (1928-1933). This part of the exhibition traces vividly how Aalto’s work evolved towards the modern movement. The second space revolves around Aalto’s relationship with art and his dialogue with important artists of his time. This is illustrated by individual artworks – such as works pieces by Alexander Calder and Jean Arp – and through an in-depth presentation of two key works, Villa Mairea (1938/39) in Noormarkku, Finland and Maison Louis Carré (1956-1959, 1961-1963) in Bazoches-sur-Guyonne, France.
The third exhibition space approaches Aalto as a designer of furniture, lights and glass objects. It surveys the history of the gallery and furniture company Artek, which was co-founded by Aalto. The fourth and final space is dedicated to Aaltos international ascent in the post-war period and his large-scale projects in architecture, city and masterplanning. Examples of this work are Baker House student dormitory (1946-1949) at Massachusetts Institute of Technology (MIT; Cambridge, MA, USA),
an apartment building in Berlin’s Hansaviertel (1955-1957) which was built as part of »Interbau« building exhibition in 1957, as well as the Wolfsburg Cultural Centre (1958-1962).

The exhibition is accompanied by an extensive catalogue of 688 pages. It includes essays by ten authors such as Eeva-Liisa Pelkonen, Akos Moravanszky, MoMA curator Pedro Gadanho and interviews with Kenneth Frampton and Álvaro Siza, as well as a list of selected exhibits with numerous never-before-seen original drawings and architectural models from the archive of the Alvar Aalto Museum. 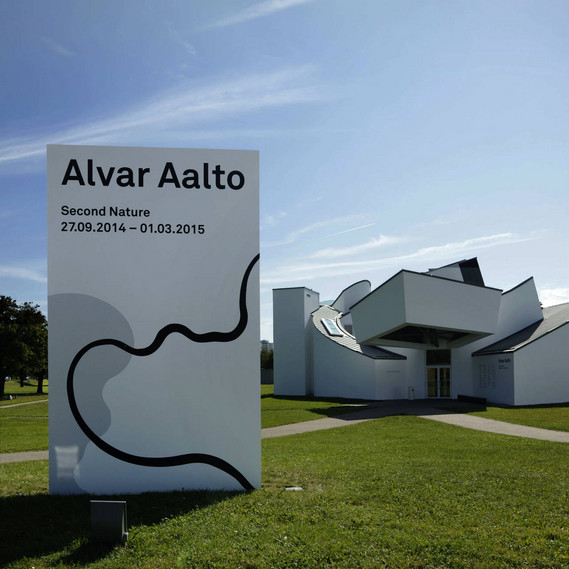 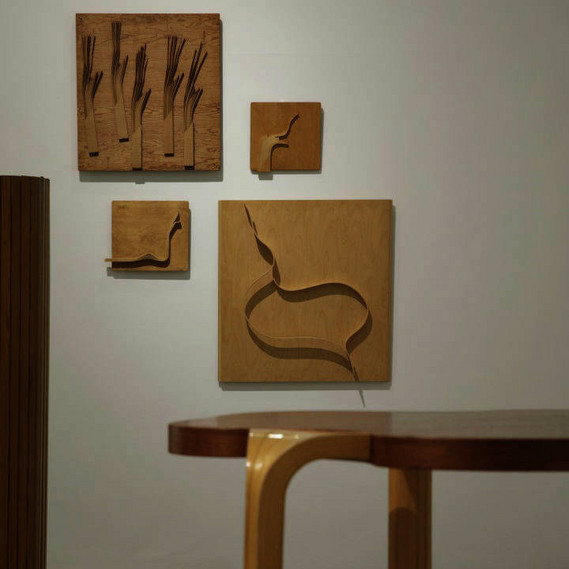 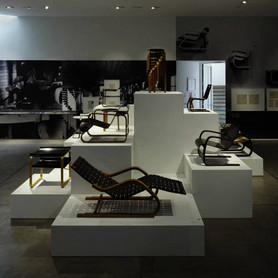 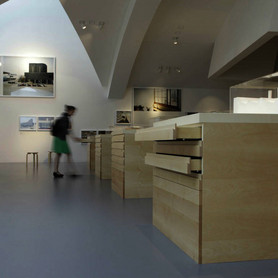 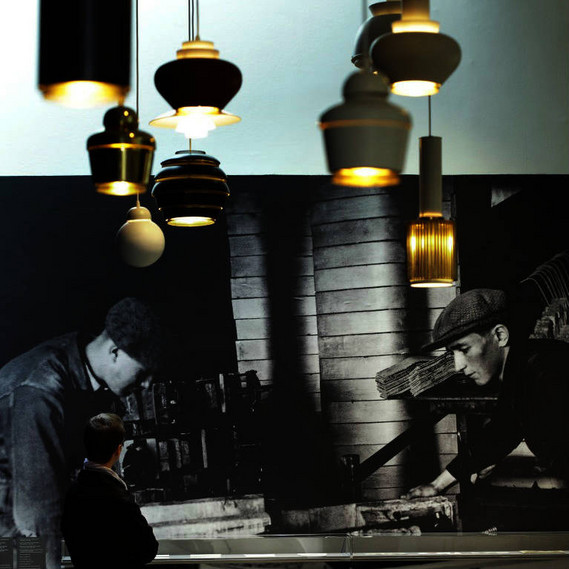