The Brazilians Humberto Campana (born in 1953) and his brother Fernando (born in 1961) have worked together as furniture designers in Sao Paulo since 1989. Humberto came to the partnership as a self-taught artist with a degree in law while Fernando had been trained as an architect. The first joint work of this unequal pair - brutalistic, surrealistic furniture sculptures - caused a sensation in the Sao Paulo art scene right from the start. Over the past twenty years, they have established themselves among the most well-known and successful designers of our times, implementing their distinctive and individual language of objects in a tremendously wide-ranging oeuvre of furniture, lighting and installations that has been recognized in numerous publications and exhibitions such as at the Experimenta in Lisbon, the Museum of Modern Art in New York and the London Design Museum. The Campanas' "Favela" and "Vermela" armchairs, both produced by the Italian furniture manufacturer Edra, the "Banquete" armchairs created by hand in small series in their Sao Paulo-based studio, as well as their inflatable table or the "Plastico Bolha" easy chair made of bubble wrap - each of these objects rapidly became an icon of contemporary design in their time. However, due to the fact that much of their creative work results in these limited series or one-off pieces that often are produced as private commissions, little is known of the true variety and scope of their oeuvre, which has been augmented, especially in the years previous to the exhibition, by a number of spectacular works. Furthermore, only few attempts have been made to date to trace the guiding principles of their complex body of work. At the same time, the Campanas' career coincides with the international success of unique, custom-made and accentuatedly artistic designs which often go directly from the maker's studio to private or public collections without ever being subjected to a regular use. In fact, Fernando and Humberto Campana are perhaps the most prominent exponents of this trend.The exhibition “Antikörper” highlighted the characteristics of an oeuvre whose preoccupation with recycling, the melding of natural and artificial materials and the simultaneity of cultures sketches out a fascinating picture of his time. From the early days up to the present, their work has navigated a narrow path between design and pure art und spawned the most astonishing collages of objects and materials: "It's a kind of flirt with the material which stands up asking: what can we be transformed into? The material dictates the form and the function in our work." Thus the exhibition devoted special attention to the Campanas' working method, which is influenced by various sources of inspiration - the exuberant nature of Brazil's primeval forests, the improvisations of street hawkers and the shacks of the slums, as well as film, music and fine art. The organization of their studio and the collaboration with external workshops as well as with international companies like Alessi, Edra or Vitra was documented along with the interdisciplinary work on their latest projects. Along with this most comprehensive overview of their oeuvre till then, featuring a large number of prototypes, experiments and models showed for the first time, the exhibition presented artworks by the Campanas as well as films, interviews and photos. 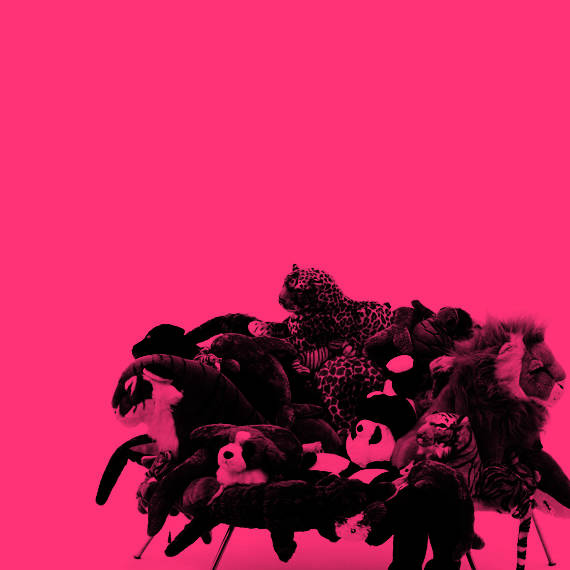 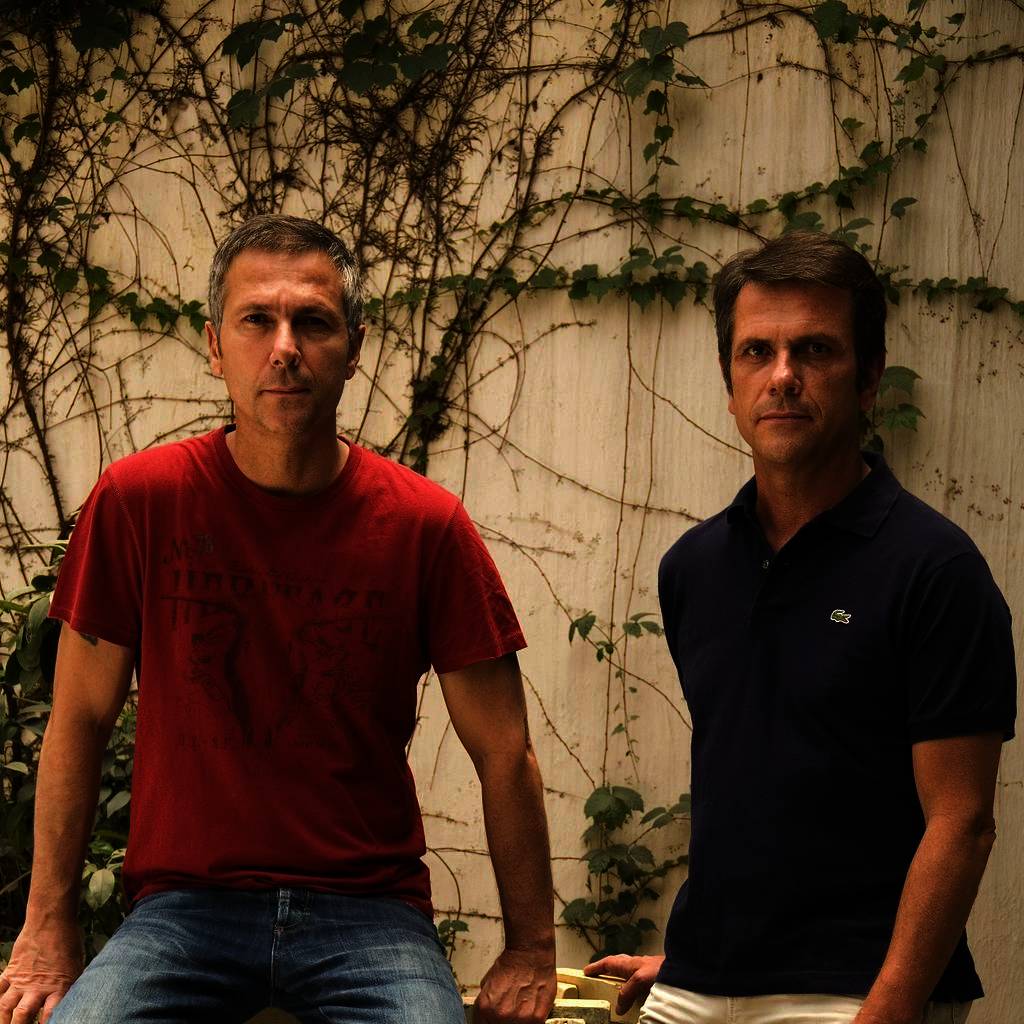 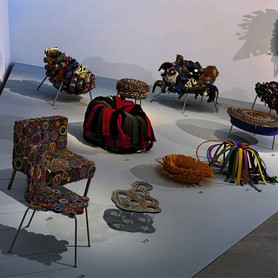 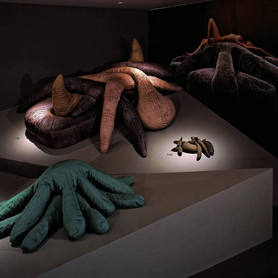