With the major exhibition »The Bauhaus #itsalldesign« (26.09.2015 – 28.02.2016), the Vitra Design Museum presents, a comprehensive overview of design at the Bauhaus for the first time. The exhibition encompasses a multiplicity of rare, in some cases never-before-seen exhibits from the fields of design, architecture, art, film and photography. At the same time, it confronts the design of the Bauhaus with current debates and tendencies in design and with the works of contemporary designers, artists and architects. In this way, »The Bauhaus #itsalldesign« reveals the surprising present-day relevance of a legendary cultural institution. Bauhaus artists and designers featured in the exhibition include Marianne Brandt, Marcel Breuer, Lyonel Feininger, Walter Gropius, Wassily Kandinsky and many more. Contemporary participants include the works of Olaf Nicolai, Adrian Sauer, Enzo Mari, Lord Norman Foster, Opendesk, Konstantin Grcic, Hella Jongerius, Alberto Meda and Jerszy Seymour.
The mission of the »Staatliches Bauhaus«, founded by Walter Gropius in Weimar in 1919, was to educate a new type of designer. Students at the Bauhaus were to acquire artisanal and artistic foundations as well as knowledge of the human psyche, the process of perception, ergonomics and technology – a profile that continues to define the occupation of the designer to this day. Yet the concept of design at the Bauhaus also gave designers a comprehensive creative mandate: they were not to merely fabricate objects of daily use, but should take an active role in the transformation of society. With this approach, the Bauhaus sketched out an all-encompassing understanding of design, one that today finds itself embraced with new vigour. With such keywords as social design, open design or »design thinking«, we now see renewed discussions of how designers can place their work in a larger context and help shape society. Viewed from this present-day perspective, the exhibition regards the Bauhaus as a complex, multi-dimensional «laboratory of modernism» with close links to current design tendencies.
The exhibition is divided into four thematic groups, beginning with a look at the historical and social context of the Bauhaus. A second section examines iconic but also lesser-known design objects from the Bauhaus, as well as the history of their origins at the junction of art, craft, technology and industry. A further area of the exhibition investigates the theme of space and demonstrates how many different designers were involved in formulating the understanding of design at the Bauhaus – including stage artists, architects with their deliberations on minimum dwellings and artists who developed colour theories and spatial models. In this regard, the Bauhaus reveals itself as likely to be the first artistic »total experiment« of the modernist period, exploring the dissemination of design in all areas of life. The last section considers the communication of the Bauhaus, from typography and exhibitions to experimental film art and photography as well as the – often systematically planned – creation of myths and clichés that continue to surround the Bauhaus to the present day.
The current perspective on the Bauhaus is achieved by confronting historical exhibits from the Bauhaus era with works by contemporary designers throughout the exhibition. These include digitally produced furniture by Minale Maeda and Front, Van Bo Le-Mentzel’s »Hartz IV furniture« as well as manifestos by such designers as Hella Jongerius and Opendesk, interviews with creative figures like Lord Norman Foster, Enzo Mari, Sauerbruch Hutton and Boss Womenswear Artistic Director Jason Wu, as well as homages to the Bauhaus by Mike Meiré, Studio Miro, Dokter and Misses and other designers. These contemporary contributions highlight the broad spectrum of influence that the Bauhaus continues to exert – from automotive design at Mercedes-Benz to the furniture series Pipe (2009) by Konstantin Grcic for Muji and Thonet, which was inspired by Marcel Breuer. Among these current works featured in the show, a special role is played by four projects commissioned especially for the exhibition from the Leipzig-based artist Adrian Sauer, the concept artist Olaf Nicolai as well as Joseph Grima and Philipp Oswalt, who are both architects and authors.
The juxtaposition of historical and current exhibits yields a new, more differentiated picture of design at the Bauhaus. It does away with the cliché that so-called Bauhaus design was primarily minimalistic, cool and geometric, showing the great interest of Bauhaus designers in social interconnections, experiments and processes. With its open concept of design, the Bauhaus has played a decisive role in the omnipresence of design today. The exhibition reveals surprising parallels between many current debates in design and those that played a central role at the Bauhaus – such as the discussions about the possibilities of new production methods and materials, as well as the role of the designer in society or the advantages of interdisciplinary collaboration. This is also reflected in the exhibition’s subtitle, which invites visitors and readers to share their own views on this topic.
»The Bauhaus #itsalldesign« is accompanied by an over 400-page publication, which contains an extensive illustrated catalogue section as well as essays by renowned authors such as Arthur Rüegg and Patrick Rössler along with a glossary of key concepts and terms relating to design at the Bauhaus. The contemporary outlook on the Bauhaus is further extended and elaborated through numerous short contributions by renowned designers, artists and architects from all over the world – including Lord Norman Foster, Tobias Rehberger, Arik Levy and Hella Jongerius – whose ideas, projects and theses reflect the present-day relevance of the Bauhaus.
»The Bauhaus #itsalldesign« is an exhibition of the Vitra Design Museum and the Art and Exhibition Hall of the Federal Republic of Germany (Bundeskunsthalle). Following its debut at the Vitra Design Museum, the exhibition will open at the Bundeskunsthalle in Bonn in spring 2016. The curator of the exhibition is Jolanthe Kugler.

An exhibition of the Vitra Design Museum and 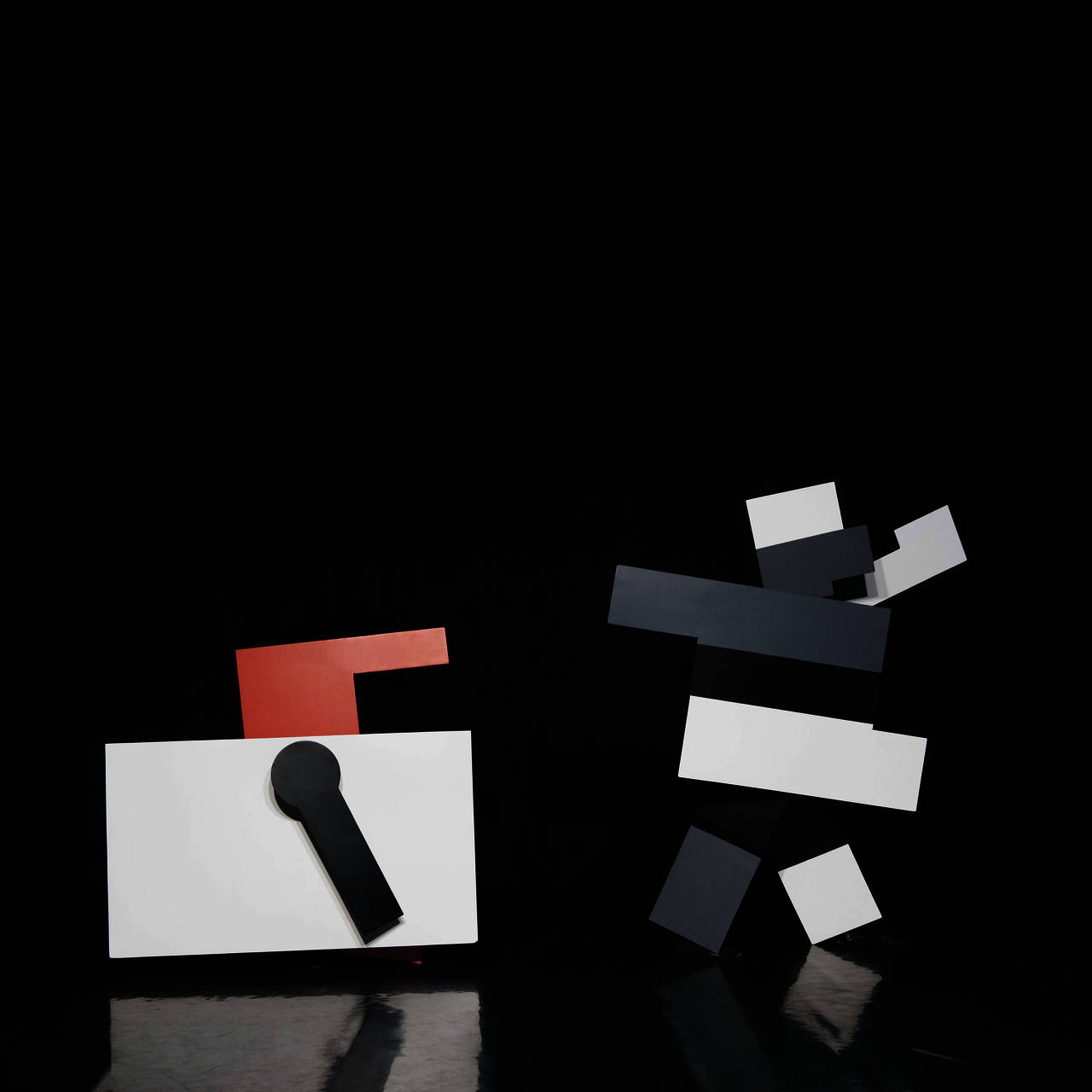 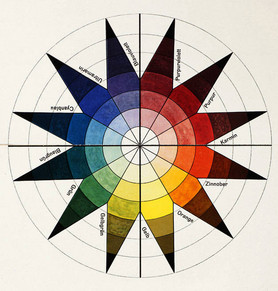 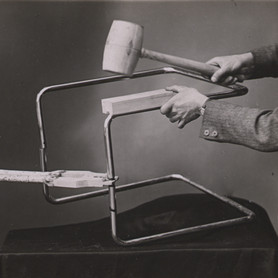 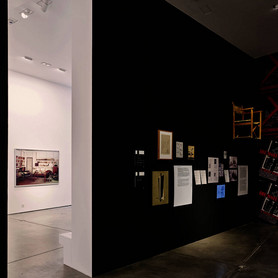 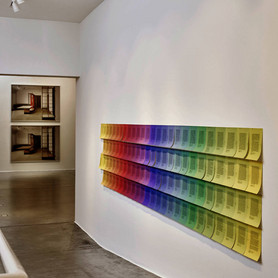 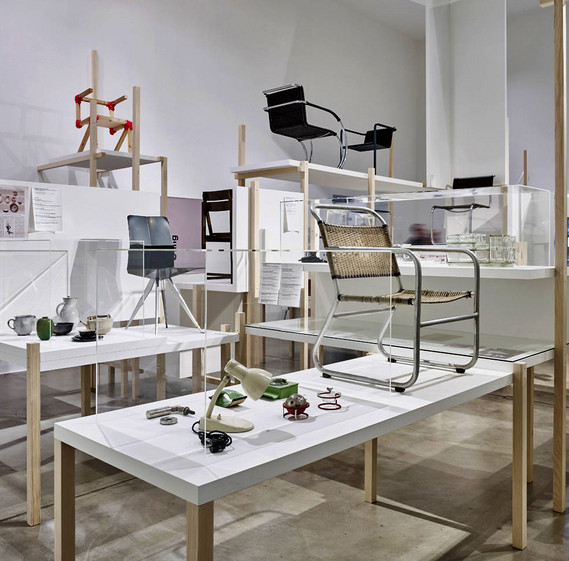