The two BLESS designers have been working together on transdisciplinary projects since 1997. Their products are a fusion of fashion and art, design and architecture, business and social practice. They see design as a way of life: “What we do results from the situation we live in.” The products are richly detailed, they collage different materials, patterns and colours, purposes and themes. BLESS’ goal is to create light-hearted, homely and inspiring situations in the form of objects, clothing and interior design.
The design duo has addressed the topic of the everyday workplace in a number of projects. For the participatory installation BLESS N° 56 Worker’s Delight, the Vitra Design Museum Gallery is turned into an experimental workplace. The objects and pieces of furniture created for this project provide us with unexpected ways to move while completing everyday office chores and to restructure our days spent in front of the screen.
BLESS’ workdays, like those of a majority of the population, are dominated by deskwork – seated and in front of a screen. In 2015, for example, more than 50 percent of all jobholders in Germany were employed in the service sector as office workers.
The industrial revolution at the beginning of the twentieth century and later the shift to a knowledge-based economy beginning in the 1960s brought about a dramatic increase in office-based work. This, in turn, sparked a constant innovation drive in the areas of new technologies and furniture in an attempt to increase productivity along with improving workers’ health and well-being. Using manuals, advice booklets, and new workspace norms, as well as technoid office furniture and appliances, an ergonomic workplace is created. Resulting from this are new parameters and behavioural patterns that would not exist naturally and that create completely new needs for the office worker to adapt to.
As early as 1838, the French writer Honoré de Balzac described the office as a ‘clerk’s shell’. Office worker and office space enter into a union in which the space most often dominates the person, either in the ecotope of the cubicle or in freely organised open-plan offices with communication islands, rest areas, and non-territorial work stations, as seen, for example, in the idealised office worlds of the IT and high-tech companies in Silicon Valley. In most cases, however, the office worker is locked in place at his desk, free-willed but at the same time trained.
BLESS is not concerned with optimising or improving productivity – the driving force at the heart of the history of office ergonomics. The project Worker’s Delight deconstructs these mechanisms. Punching a message at the ‘Workoutcomputer’, our work effort cannot be measured by any norm. In an unaccustomedly physical way, we are made aware of the usual, regulated way in which we slouch in front of our screens, with an ergonomically calculated and DIN-normed resolution and refresh rate, working over several hours without functional failure of our bodies to master the visual task set before us (cf. Schmidt, Die Ordnung des Büros, 2008).
The ‘Arbeitssportgeräte’ by BLESS articulate their bewilderment at the prevalent aesthetics of ergonomic furniture and home exercise equipment, which appear as alien objects in the home or office. Through familiar materials normally used in living spaces, they overcome this discrepancy. The bemusing and often humorous ‘equipment’ that results proves how liberating it can be take a more light-hearted and relaxed approach to one’s own performance.
Worker’s Delight embodies BLESS’ search for an everyday rhythm of concentration and relaxation, in which bodily exertion, productivity and leisure can be experienced and responsibly self-regulated in our normal interaction with our designed environment – and without the need for fitness apps or exercise regimens.
Worker’s Delight is a promising place; it emanates a warm atmosphere and inspires us to work in concentration, changing our body posture in between. BLESS thus develops an exceptional perspective on office work, which they juxtapose with the supposedly free and flexible work environment of today to fuel the debate on aspects such as an internalised strive for increased efficiency in employees or the often derided workplace health promotion.
Visitors are invited to use any of the installations in the exhibition space. For some of the objects, user instructions can be found on the exhibits’ labels. 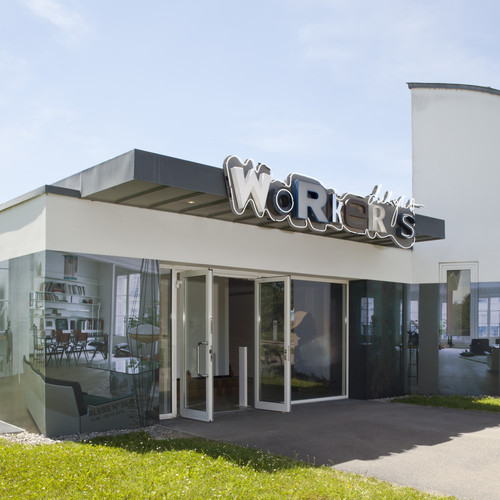 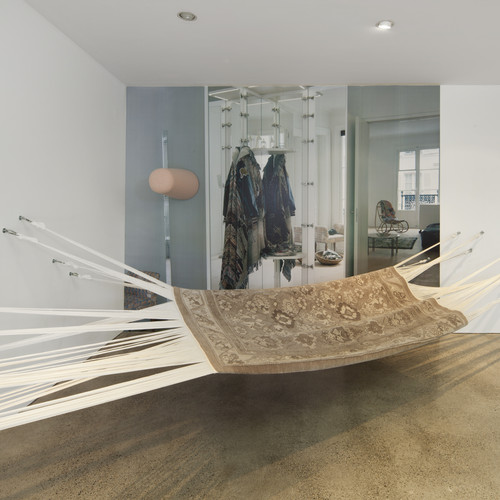 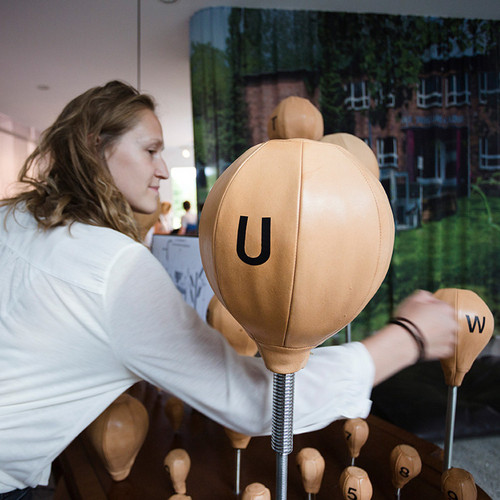 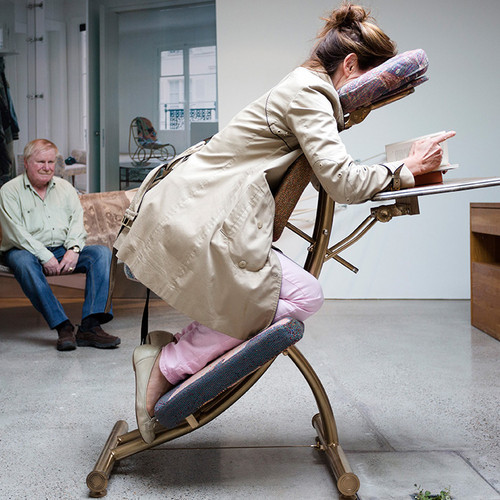 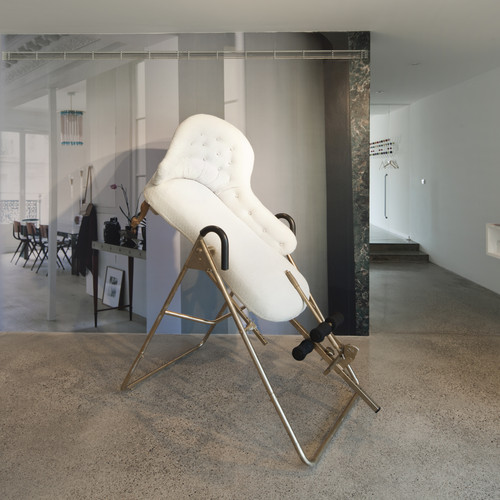 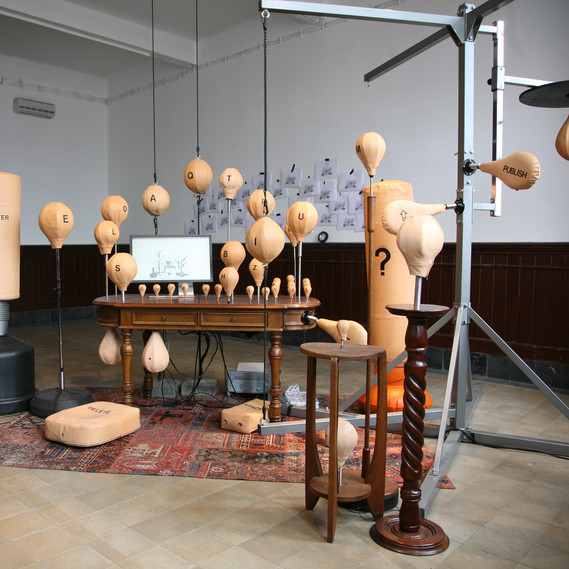