Konstantin Grcic is one of the most influential designers of our time. Serious and functional, unwieldy and occasionally disconcerting, his works combine an industrial aesthetic with experimental, artistic elements. Many of Grcic’s creations, such as »Chair_One« (2004) or the »Mayday« lamp (1999), are widely acclaimed as design classics. With »Konstantin Grcic – Panorama«, the Vitra Design Museum is now presenting the largest solo exhibition on Grcic and his work to date.
Specifically for this exhibition, Grcic has developed several large-scale installations rendering his personal visions for life in the future: a home interior, a design studio and an urban environment. These spaces stage fictional scenarios confronting the viewer with the designer’s inspirations, challenges and questions, as well as placing Grcic’s works in a greater social context. The highlight of these presentations is a 30-metre long panorama that depicts an architectural landscape of the future.
A fourth area of the exhibition takes a focused look at Grcic’s daily work. This section presents many of his finished objects, but also prototypes, drawings and background information along with artefacts that have inspired Grcic – from an old teapot and an early Apple computer to works by Marcel Duchamp, Gerrit Rietveld and Enzo Mari. In the shift of perspectives between larger and smaller scales, the exhibition demonstrates how design is more than mere problem solving for Grcic, but a highly complex process that integrates coincidences, ruptures, chance discoveries and a profound engagement with the visual culture of our time.
Konstantin Grcic (b. 1965) was initially influenced by the minimalist designs of Jasper Morrison under whom he began his career in the late 1980s. Soon he developed his own distinctive stylistic idiom and has become a driving force of formal and technical innovation within the international design scene. Today, Grcic works for many leading design companies, including Authentics, Flos, Magis, Vitra, ClassiCon, Plank, Krups and Muji. With his widely published designs, he often develops surprising solutions that avoid cliché and derive their radical aesthetic from Grcic’s intensive investigations of materials, technologies and production processes.
With »Panorama«, Grcic enters new territory. Never before has he so fundamentally reflected on his own work and so thoroughly disclosed his own understanding of design in general. The exhibition is based on an extensive analysis of current technological shifts, innovations and upheavals in contemporary design. It was developed over three years of close collaboration between Grcic, the Vitra Design Museum and Z33 – House for contemporary art in Hasselt, Belgium. The result is a striking presentation of narrative and visual intensity, situated on the cusp between present and future, reality and fiction.

The exhibition is accompanied by a 320-page catalogue that comprises a catalogue raisonné of Grcic’s work as well as essays by such authors as Richard Sennett, Peter Sloterdijk, Paola Antonelli, Mario Carpo and others.

In conjunction with the exhibition, Vitra Design Museum will organize a wide-ranging event programme.

»Konstantin Grcic – Panorama« is an exhibition of the Vitra Design Museum and Z33 – House for contemporary art, Hasselt (Belgium). W.I.R.E. – Web for Interdisciplinary Research & Expertise was a major scientific collaborator. The exhibition will be shown at Z33 from 08.02. to 24.05.2015.  The opening will be on 07.02.2015. Further exhibition venues will be announced in due course. 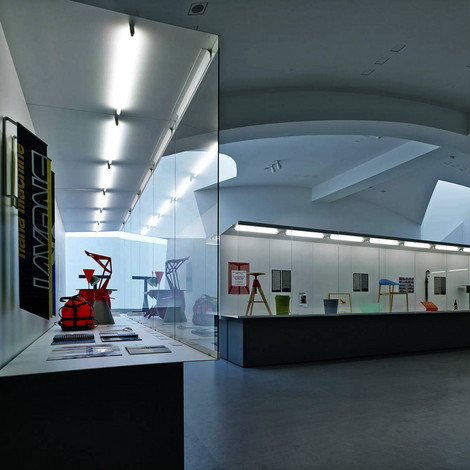 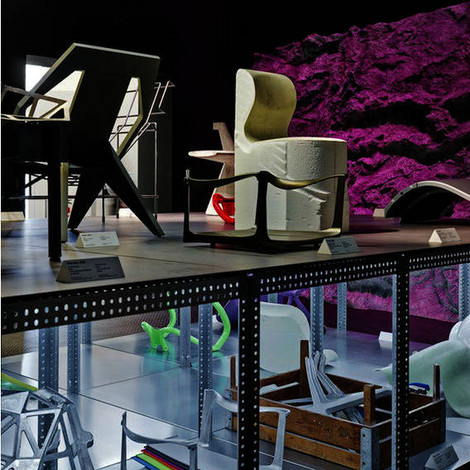