The Wishbone Chair, the Peacock Chair, the Round Chair: the Danish furniture designer Hans Jørgensen Wegner (1914–2007) was one of the most significant figures in postwar Scandinavian design. Despite their often unassuming names, many of his pieces have become classics of modern furniture design. They expertly unite an expressive aesthetic, practical functionalism and Danish craftsmanship. The exhibition »Hans J. Wegner: Designing Danish Modern« in the Vitra Schaudepot now presents a selection of his most important designs and illuminates the background details and historical context in which they were created. The exhibition is complemented by diverse photographs and films that illustrate Wegner’s design process and principles. Works by his contemporaries are on display in the Vitra Schaudepot, along with a number of historical objects that served as inspiration for the designer.

Hans J. Wegner received his training (1936–1938) as a cabinetmaker at the Copenhagen School of Arts and Crafts. He belonged to a generation of designers including Arne Jacobsen, Børge Mogensen, Finn Juhl and Poul Kjaerholm that brought worldwide recognition to Scandinavian design in the postwar era. Over the course of his career, Wegner created more than 1000 designs, of which around 150 are still manufactured today. As the most productive furniture-maker of his generation, he played a major role in shaping the style that has come to be known and cherished as »Scandinavian furniture design«.

With his mastery of woodworking techniques, the trained cabinetmaker integrated his knowledge as a craftsman directly into his designs. His works are characterized by their careful handling of the material wood and an enthusiasm for even the smallest details. He responded to the resource shortage of the postwar era with highly material-efficient designs, in strict adherence to the principle of "no more than absolutely necessary". Wegner did not strive for pure asceticism or extreme austerity, but freely incorporated expressive shapes as a proponent of Organic Modernism. He took inspiration from classics of modern furniture design or historical furniture types from foreign cultures and reinterpreted them in his own signature style.

Wegner had his international breakthrough with the »Round Chair« (1950), which the American magazine Interiors simply referred to as »The Chair«: a name that is still used for this classic design. The world-renowned work was inspired by Chinese chairs from the eighteenth century. Wegner’s enthusiasm for their simple organic shapes gave rise to several Chinese Chairs (1944–1950), including the famous Wishbone Chair (1949). Another key work is the Peacock Chair (1947), which was modelled on English Windsor chairs from the nineteenth century and imbued with a poetic sculptural form in Wegner’s reinterpretation. Also on display is JH512 (1949), a folding chair that makes direct reference to Mies van der Rohe’s famous Barcelona Chair and was originally intended for smaller residences. Along with these more classic-looking pieces, the Danish designer also created surprising and radical furnishings, such as the UFO-like Flag Halyard Chair (1950) and the Three-Legged Shell Chair (1963) in a brilliant shade of red, which comes across as Scandinavia’s answer to the plywood furniture of Charles and Ray Eames. 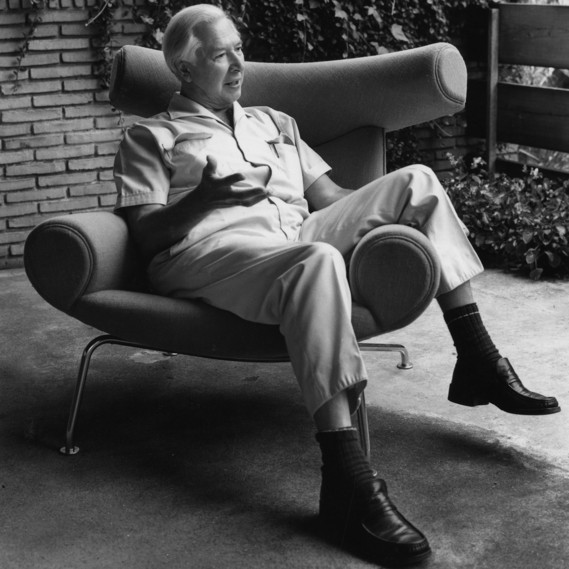 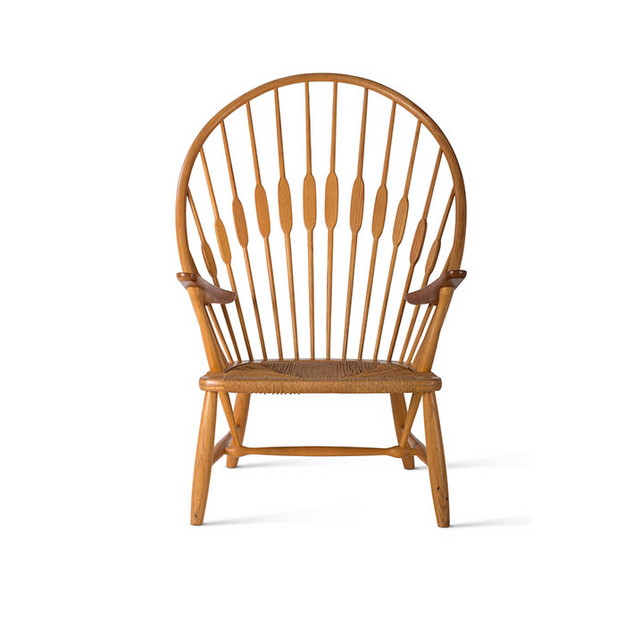 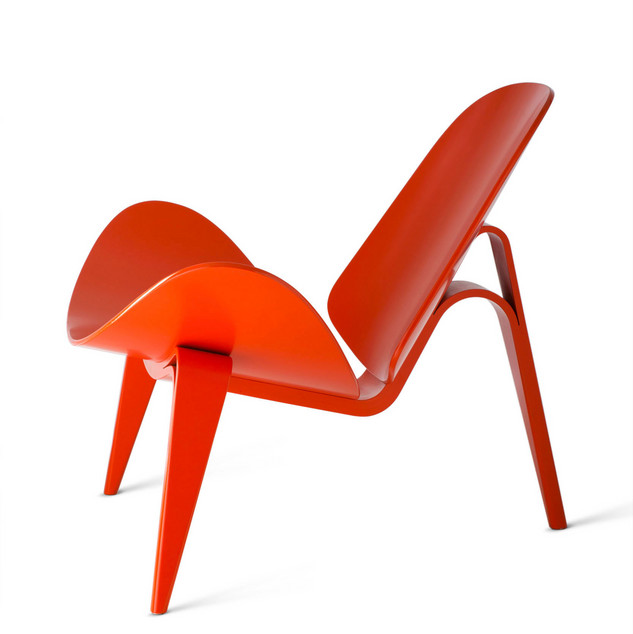 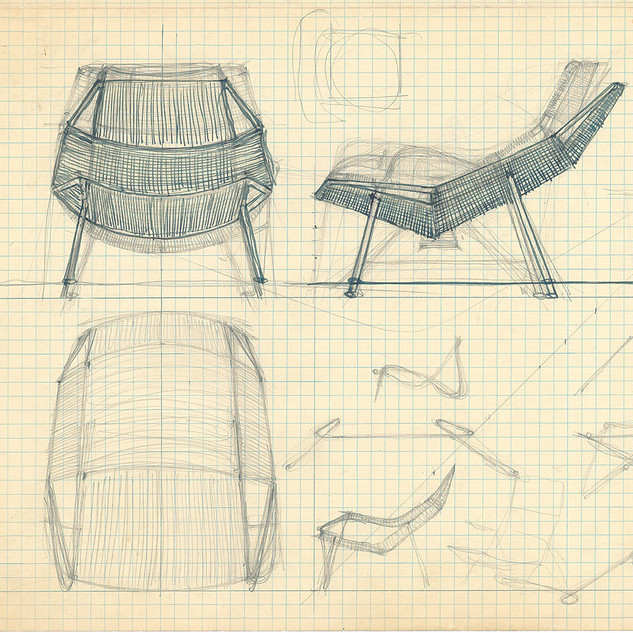 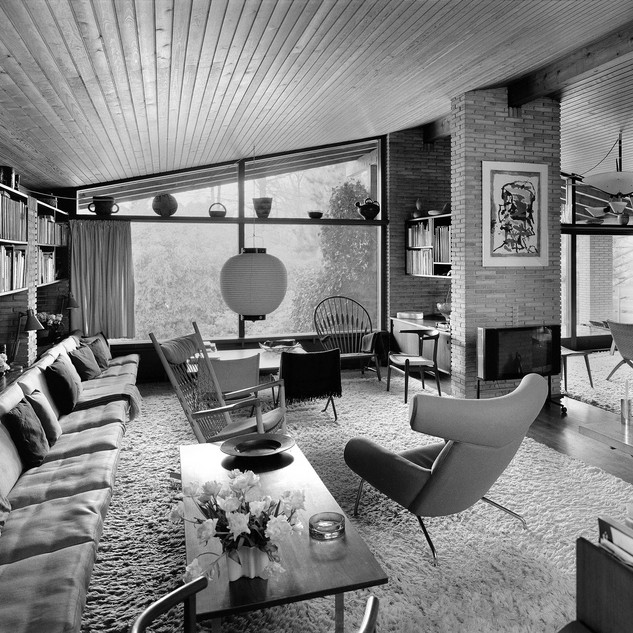