With the exhibition “Jean Prouvé. The Poetics of the Technical Object.” the Vitra Design Museum showed the most comprehensive retrospective to date devoted to the work of French design engineer and industrialist Jean Prouvé (1901-1984). Jean Prouvé started his career in 1916 training as a metalworker in the ambience of the École de Nancy, a bastion of Art Nouveau where his father was director. In 1924, as part of his ongoing efforts to broaden his knowledge he opened his own workshop and became a specialist in the field of sheet metal processing. Before long he was asked to work with some of the most innovative architects of his time. As a result of having received an assignment from Robert Mallet Stevens, he succeeded in gaining a toehold in the inner circle of avant-garde architects, and joined forces with Eugène Beaudouin and Marcel Lods to construct his first technical and functional masterpieces near Paris between 1935 and 1939: the Roland Garros Aeroplane Club in Buc and the Maison du Peuple in Clichy.
As of 1930, as one of the founding members of the ‘Union des artistes modernes’, Prouvé began to put his early furniture designs on display at the exhibitions of the group. These sheet metal objects were still individually made but already indicated what he was to produce in the future, namely technical objects for mechanical production, which were so uncompromisingly well thought out in their details and so precisely crafted that there was nothing to hide – in fact, even the construction itself functioned as a decisive design element. Since 1947 he started to operate an entire factory in Maxéville, outside Nancy. The "Ateliers Jean Prouvé" always offered new products – from highly specialized products made to client specifications all the way to facade elements or mass-produced furniture. When collaborating with architects such as Le Corbusier, Pierre Jeanneret, and later Candilis, Josic and Woods, Maurice Novarina and Oscar Niemeyer, Prouvé not only realized their plans but also always made his own contributions to the aesthetic quality of their buildings.
Within a short period he succeeded in creating four decidedly independent architectural masterpieces: In 1954, the house which he built for himself and his family in Nancy from leftovers from his former factory and in the same year a giant pavilion for the centennial celebration of aluminium on the banks of the Seine in Paris; in 1956, the prototype of a prefabricated house for the homeless program of Emmaus founder, Abbé Pierre; and in 1957 Evian’s majestic refreshment stand above Lake Geneva.
The heart of the exhibition were more than 50 furniture exhibits, numerous architectural models, original architectural elements, and a selection of original drawings. Rounded out by films and computer animations for individual projects, it presented a comprehensive introduction to Prouvé’s technical approach and an impressive overview of his oeuvre in its entirety. 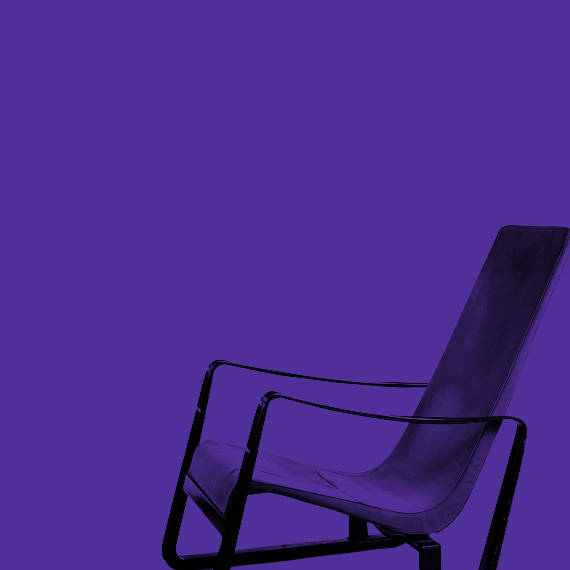