Le Corbusier’s impressively wide-ranging oeuvre covers a period of 60 years – from his early works in his Swiss hometown of La Chaux-de-Fonds, proceeding to the white, cubic buildings of the 1920s, such as the iconic Villa Savoye (1928 - 31), and culminating in the late works of the 1950s and ’60s, for which the Chapel of Ronchamp (1950 - 55) and the buildings for the Indian city of Chandigarh (1952 - 64) are prominent examples. This multitude of works is presented in the exhibition with a chronological overview. Divided into three largely independent sections entitled ‘Contexts’, ‘Privacy and Publicity’ and ‘Built Art’, the show also focuses on major themes in his work, such as his ongoing interest in the Mediterranean and the Orient, his shift toward organic forms in the 1930s, as well as his exploration of new technologies and media. The result is an holistic understanding of Le Corbusier’s oeuvre, whose central idea of the ‘synthèse des arts’ led to the typically Corbusian connection between architecture, urban planning, painting, design, film and other disciplines.
The core of the exhibition is made up of numerous artefacts on loan from the Fondation Le Corbusier in Paris. These includes 20 original paintings, 8 sculptures, numerous vintage furniture pieces, approximately 80 original drawings and plans, about 50 first editions from Le Corbusier’s library and more than 70 objects from the architect’s personal collection, which provided him with inspiration, source material and demonstration objects. This selection is complemented by rarities from European and American collections.
With a rich variety of media, the exhibition illuminates the most important factors in the creative process of Le Corbusier’s projects by identifying their historical sources and revealing some of their underlying technical, formal and philosophical preoccupations. The aim of the exhibition is to present a decidedly contemporary view of Le Corbusier’s work by incorporating the results of recent scholarly research as well as some critical aspects, while also providing a comprehensive introduction to the subject for younger generations who already regard his oeuvre primarily within the context of twentieth-century cultural history.
The exhibition is accompanied by a comprehensive catalogue featuring 398 pages and ca. 500 reproduced images. Along with an illustrated biography of the architect, the book also contains essays on the central themes of the exhibition by Stanislaus von Moos, Arthur Rüegg, Jean-Louis Cohen, Beatriz Colomina, Niklas Maak, Mateo Kries and others. These texts are complemented by visual dossiers showing the artefacts as well as numerous examples of previously unpublished visual material. The catalogue is available at each of the exhibition locations, from international book dealers or at the online shop of the Vitra Design Museum. Curators: Stanislaus von Moos, Arthur Rüegg, Mateo Kries 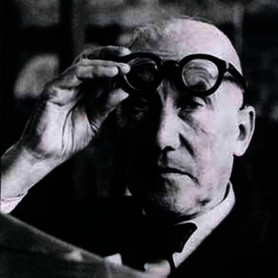 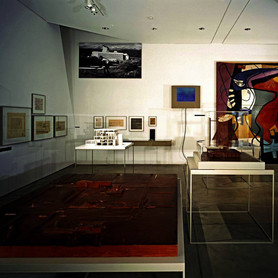 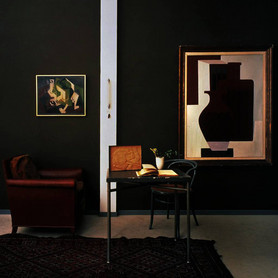