Living in a Box: Design and Comics

Pow! Bang! Ka-boom! With the exhibition »Living in a Box: Design and Comics« at the Vitra Schaudepot, the Vitra Design Museum is taking a fresh look at its collection by exploring the world of comics and their relationship to design. Iconic furniture features prominently in comics such as »The Adventures of Tintin«, »Peanuts« and »Diabolik«, while at the same time countless designers have taken inspiration from comics to create pieces informed by stories of superhuman strength, lightning speed and razor-sharp irony. The exhibition deals with both of these tendencies in the museum’s first-ever study of the comics medium. Through the illustrated world of the comic strip, comic book and graphic novel, objects from the museum’s collection jump off the page and come to life.

Unlike cartoons and illustrations, comics tell a story over the course of multiple panels, using a combination of images and, more often than not, text. In order to keep the reader’s attention, comic artists must employ the use of subtle codes – including design – to quickly and clearly evoke an atmosphere, a social status or a state of mind. When one elegantly dressed comic strip character rests his feet on the ottoman of his very own »Eames Lounge Chair« (1943-1956), we immediately assume he’s a modern type; and when another critiques the so-called »Butterfly Chair« (1938) by Grupo Austral as uncomfortable, we know he isn’t. Design has continuously appeared in comics, because design is a part of our daily life, that comic artists have always mirrored.

The comic medium’s real breakthrough arguably came with the rise of comic strip syndicates in US-American newspapers at the turn of the 20th century. Printed on full-page colour spreads, Sunday comic strips such as Winsor McCay’s stylistically innovative »Little Nemo in Slumberland« (1905–1924), about the main character’s dream adventures, reached millions of readers weekly. High and low-brow culture alike were visually coded and satirised with the help of design, and comic artists in Europe even began making direct references to existing modernist design objects in their work. For example, the Belgian Georges Remi, known by his pen name Hergé, rose to worldwide prominence with his comic »The Adventures of Tintin«, which has since been translated into over 70 languages. In the comic’s fifth volume from 1934, Hergé depicted Mies van der Rohe’s »MR-10« chair from 1927, an object which – like his own formally reduced drawing style »ligne claire« – claimed to reduce material and form to function. Design and comics of the era furthermore shared a likeminded definition of modernity: one that strove to be international, accessible and mass-produced.

Since the 1930s, comics have been published in various formats and have spanned countless genres. The decade introduced eager comic strip readers to the extended comic book format, while the 1940s and 1950s saw the explosion of genres such as superhero, horror, romance and science fiction. And while comics had always sought inspiration from existing design objects, the 1960s ushered in an era where pop-culture – including comics – had a strong influence on high art and design. The fantastical imagery from sci-fi comics of the period left a mark on designers who were simultaneously experimenting with fibreglass and injection-moulded plastics: Maurice Calka’s 1969 »Boomerang« desk or Eero Aarnio’s 1971 »Tomato Chair« are a case in point. In the 1980s, comic-artist-cum-designers like Javier Mariscal presented a completely new viewpoint. After gaining a reputation for drawing comics of a newly opened Spanish society, Mariscal then created whimsical furniture to fill it, such as the »Garriris« chair from 1987, which could never have existed without the initial success of his eponymous comic figures.

While printed newspapers are being replaced by digital news formats, and printed comic book sales have declined in favour of other mass media, book-length comics – also known as graphic novels – have gained popularity since the 1990s. The format has been used for serious themes such as war, social injustice, or simply for retelling history in a way that reaches a larger audience. Such is the case with the graphic novel »Eileen Gray: A House Under the Sun«, which was published in May 2019. Here the author/illustrator duo of Charlotte Malterre-Barthes and Zosia Dzierżawska compellingly reconstructs the creation of the »E.1027« villa from the late designer Eileen Gray’s perspective – counter to the generally accepted version of events that has minimised her contribution for decades.

It would be impossible to ignore the relevance of Japanese manga as a worldwide cultural phenomenon within the context of the exhibition »Living in a Box«. Thus, a selection of manga will be presented with three »Manga Chairs« (2015) by the Japanese design studio Nendo, all shown for the first time in an exhibition at the Vitra Schaudepot. Each chair is designed to represent a separate design element from manga’s intricate visual language: one chair flashes across the room at the speed of light, another bounces across the floor, and the last collapses in on itself – without actually moving at all.

»Living in a Box« juxtaposes comics from a wide variety of genres with corresponding design objects from the collection of the Vitra Design Museum, highlighting the shared zeitgeist in which they were designed – whether by pen on paper or injection moulding. The Vitra Schaudepot’s shelves provide the perfect backdrop for design icons to finally step out as the main characters in their own comic, creating an exhibition that is both playful and introspective at the same time. 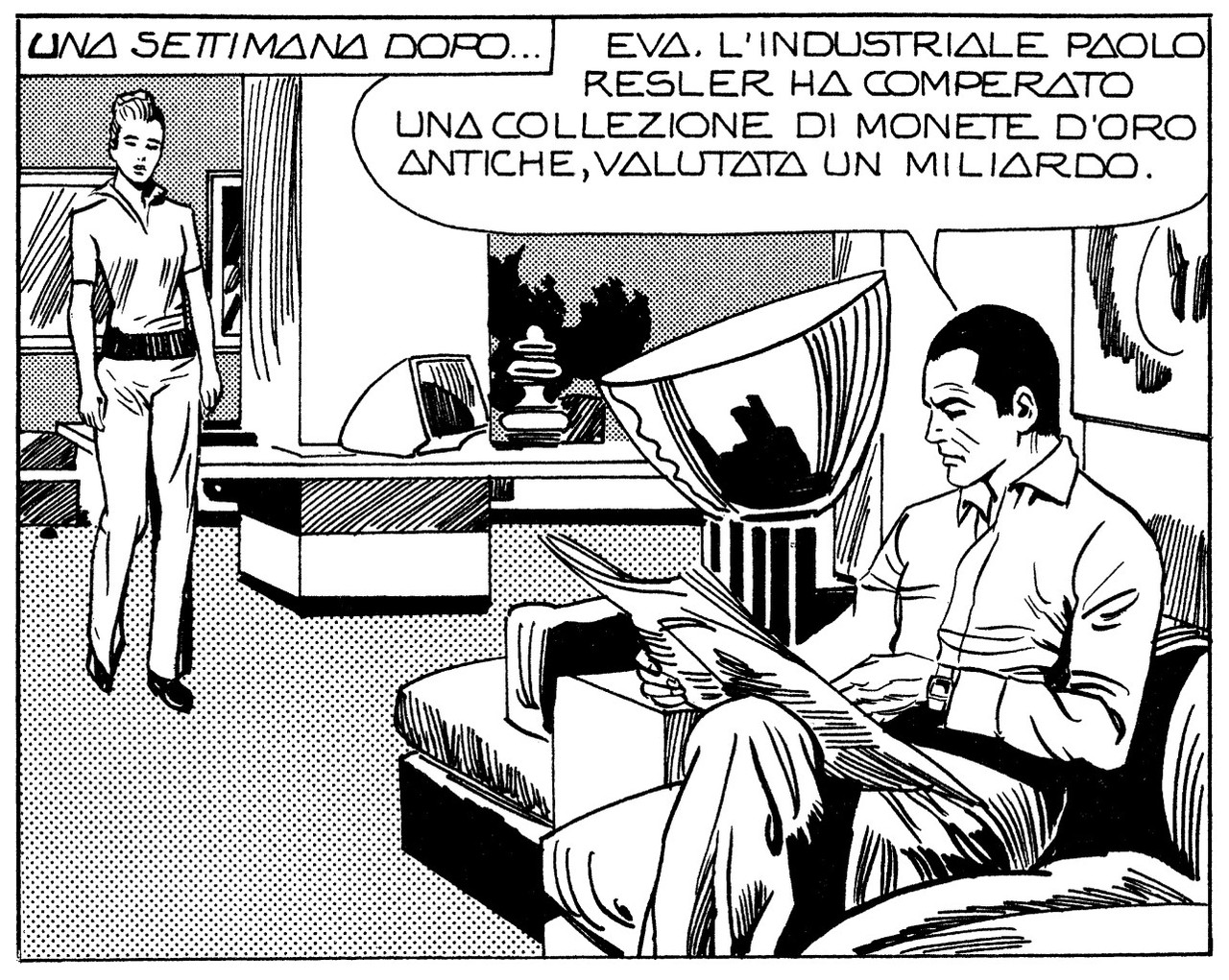 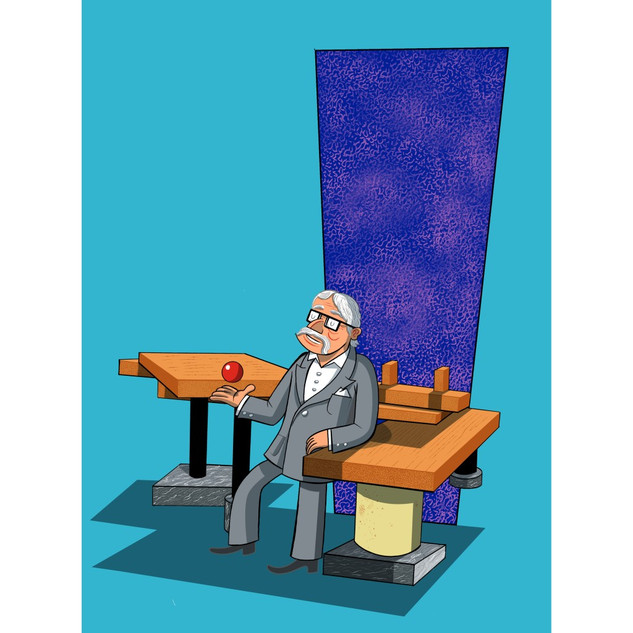 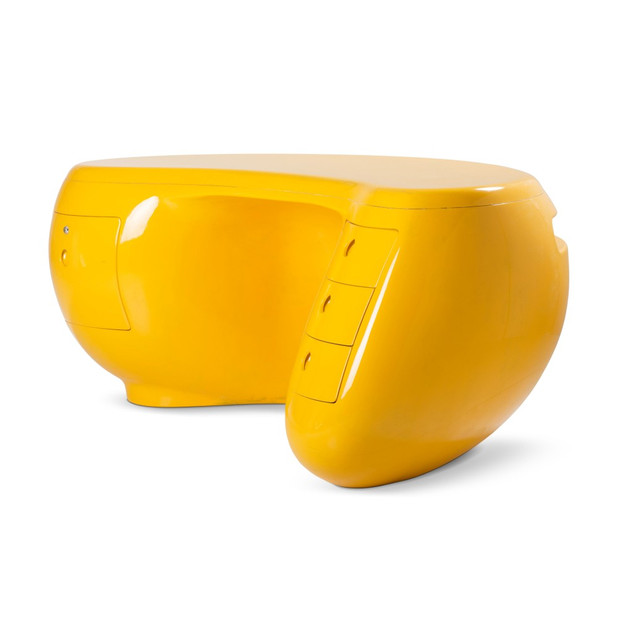 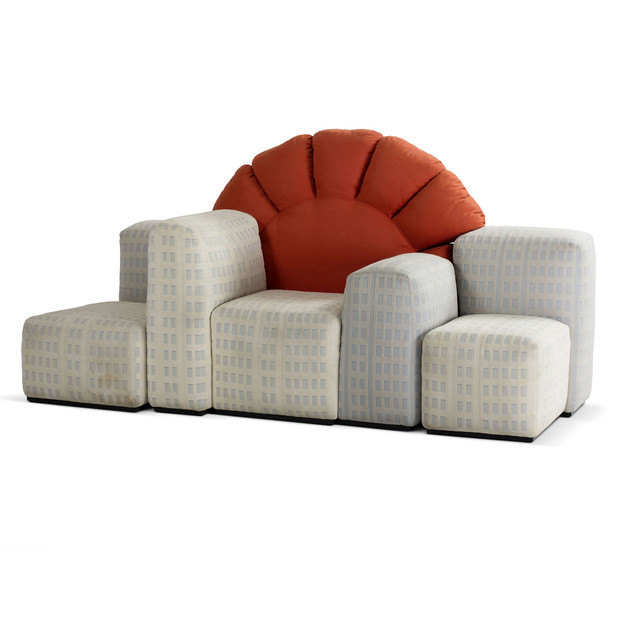