The designer and architect, Marcel Breuer (1902 - 1981) can be regarded as one of the most influential and important designers of the 20th century. As a young student at the Bauhaus Weimar, Breuer, who was Hungarian by birth, caught the eye with various furniture designs inspired by the Dutch De Stijl group. In 1925, in other words at the tender age of only 23, he “invented” tubular steel furniture, a quite revolutionary development and considered his core contribution to the history of design. Breuer’s tubular steel designs, such as the famous Wassily armchair, the Bauhaus stool or his various cantilever chairs are representative for the design of an entire epoch, and thus comparable only with Wagenfeld’s legendary table luminaire. In the shape of millions of copies they have long since taken a firm place among the great classics of Modernism.
Yet it was not only tubular steel furniture that helped Breuer make an international splash. He was likewise a design history trailblazer with his aluminum and bent laminated wood furniture designs produced in the 1930s, inspiring subsequent generations of designers. From today’s viewpoint, his legendary interior designs seem no less important. One need think only of his creations for Walter Gropius’ “Master House” in Dessau (1925/26), for the apartment of famous theater director Erwin Piscator in Berlin (1927), or the interiors designed at a later date in England and America that so strongly influenced 20th century living rooms.
Now, Breuer may have in the space of only a few years progressed from Bauhaus student to become a furniture and interior designer held in high esteem by the entire European avant-garde, but he himself wished first and foremost to be an architect. At the latest as of the mid-1920s he construed building as the real goal of his work. Following a sluggish start in Europe and (as of 1937) in the United States, primarily owing to the Great Depression and World War II, his career as an architect took off as of the mid-1940s. His New York-based studio at first made a name for itself with detached houses. As of the early 1950s, Breuer also realized numerous prestigious large-scale projects, among others creating various buildings that were at the forefront of international debates, such as the Unesco Headquarters in Paris (1952 - 58; together with Nervi and Zehrfuss) or the Whitney Museum of American Art in New York (1964 - 66). His trademark was to be the sculptural use of concrete – which he preferred predominantly as it could be moulded and possessed such massiveness.
The Marcel Breuer retrospective conceived and organized by Vitra Design Museum was the very first exhibition that also appropriately presented all the different fields in which he was active – and treated them in a comprehensive synopsis in his oeuvre. 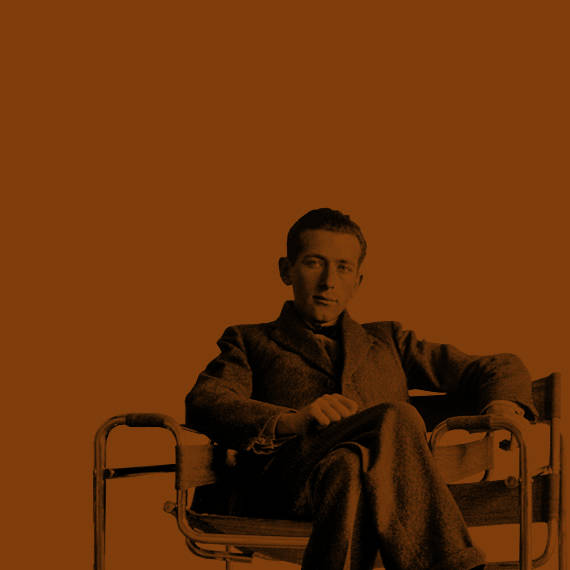 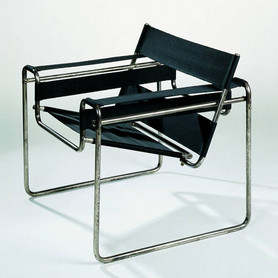 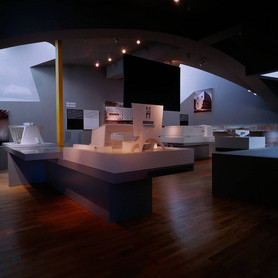