The Alhambra palace complex in the southern Spanish city of Granada is one of the most eminent monuments of Moorish culture and officially recognized as a UNESCO World Heritage site. With the exhibition »Álvaro Siza – The Alhambra Project«, the Vitra Design Museum is now presenting the design scheme by renowned architect Álvaro Siza for the new Alhambra visitor centre. The design was produced in collaboration with the Spanish architect Juan Domingo Santos and emerged as the winner of an international competition in 2010. The exhibition is a joint project of the Aedes Architekturforum in Berlin and the Council of the Alhambra and Generalife, Granada, in cooperation with the Vitra Design Museum and the Aga Khan Museum in Toronto.
The exhibition displays models, plan drawings as well as original sketches, which gives the visitor a closer look at the project and its unique context. Insights into the cultural and historical background of the more than 1000-year-old Alhambra and interviews with project participants complete the presentation. Especially relevant in current times, the Alhambra demonstrates its symbolic importance for encounters among various cultures: For centuries, it has offered a fascinating example of how Christian and Muslim, European and Arabic cultural traditions do not have to compete with one another, but can enjoy a harmonious coexistence marked by mutual respect.
The architects Álvaro Siza and Juan Domingo Santos both have a close relationship with the Alhambra. Juan Domingo Santos grew up in Granada while the Portuguese Álvaro Siza visited the Alhambra together with his father as a child: »I was charmed. Then I came back several times, sometimes with great experts of the Alhambra, which allowed me to soak in its history«. Accordingly, Siza describes his design for the Alhambra as the »project of our lives. I am totally devoted to it. Each project is a challenge but this one is mythical.«
Today the Alhambra is visited daily by 8000 guests, which led the architects to create spatial sequences and direct the flows of people through the topography with a series of courtyards. So as not to divert from the historic structural fabric, large sections of the new visitor centre will be below ground. The visible part of the new building cultivates a play of light, shadow and colours, which
enter into a respectful dialogue with the existing building elements. The differentiated treatment of light that characterizes the Moorish building tradition of the Alhambra has been an influence on Siza throughout his entire career: »In a building I love light but I also like half-light and even darkness too. They are related, complementary things, and in a southern country this idea of depth and light variation is very important.«
Álvaro Siza (1933) is one of the most important representatives of contemporary architecture and was recognized with the renowned Pritzker Prize in 1992. His work is characterized by a timeless language of sculptural forms that reveals affiliations with such master architects as Alvar Aalto or Frank Lloyd Wright. On the Vitra Campus, Siza created a large factory building in 1994. In June 2014, the Campus will be enriched by another project by this architect. The »Álvaro-Siza-Promenade« connects the VitraHaus with Fire Station by Zaha Hadid, inviting visitors for a stroll to discover new aspects of the Campus. 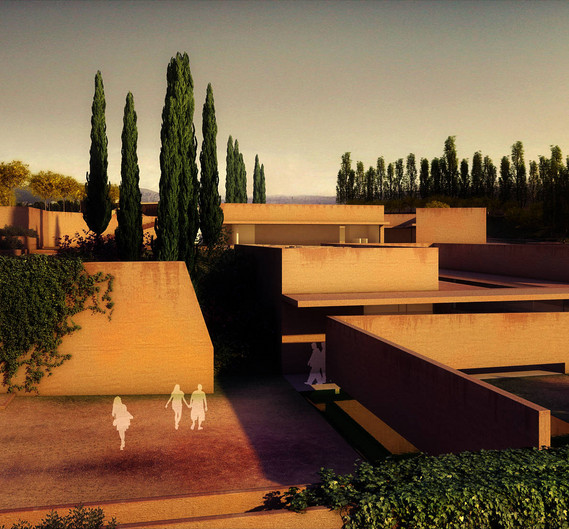 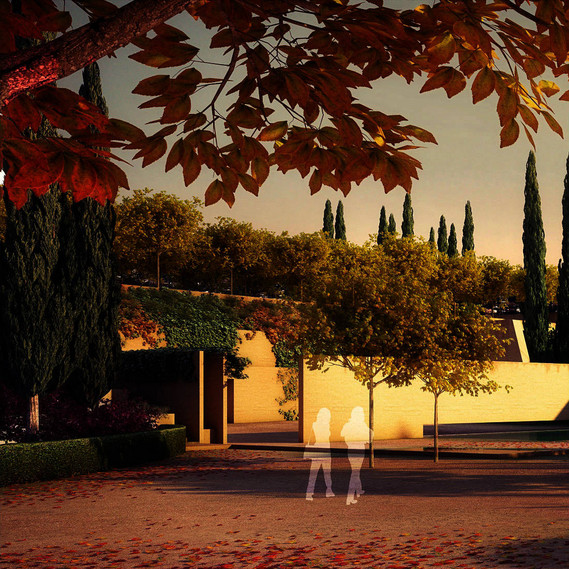