Together! The New Architecture of the Collective

Housing is scarce – that much has become evident in the last few years. As real estate prices in big cities continue to skyrocket, conventional ideas of housing development prove unable to meet demands. The reaction to these challenges has been a silent revolution in contemporary architecture – towards collective building and living. Using models, films, and walk-in displays, the exhibition »Together! The New Architecture of the Collective« addresses this global phenomenon by presenting a broad array of collective building and living projects from Europe, Asia, and the United States. An overview of historical precedents for the current wave of collectives demonstrates that the idea of collectivity has been a recurring theme in the history of architecture, from the reformist ideas of the nineteenth century to the hippies and squatters of the twentieth who touted the slogan »Make love, not lofts«.

The exhibition begins with a look at the history of social housing ideals that mostly originated in a protest against the existing conditions. The presentation stresses this and refers to the urgency of the topic: a series of films shows examples of social unrest triggered by housing shortages. Protest placards provide information about historical attempts to respond to these challenges. These include the Phalanstères invented by Charles Fourier (1772–1837), the late-nineteenth-century Monte Verità colony in the Swiss part of the Ticino, the housing cooperatives of the 1920s, the autonomous community of Christiania in Copenhagen, and the Karthago cooperative in Zurich. Many of these ideas were closely related to the social shifts of their day; it is therefore no surprise that they are once more gaining currency as more and more people live outside the conventional nuclear family – be it as couples, single parents, singles, or elderly people living alone. For many, the idea of collective living offers an affordable remedy to urban isolation.

The exhibition’s second section uses 21 large-scale models of contemporary housing experiments to create a fictitious city for visitors to explore. In reality these projects by architects including einszueins architektur, Heide & von Beckerath, Michael Maltzan Architecture, ON design partners, pool Architekten, and Ryue Nishizawa may be found in cities as diverse as Berlin, Zurich, Los Angeles, Tokyo, and Vienna. A closer look at the models reveals that the innovative thrust of this new collective architecture also extends to fundamental principles such as volume, façade, and materials: the specific challenges and limited resources confronting the architects give rise to a unique aesthetic. The context of the imaginary city moreover shows that many of these projects blur the boundaries between living space and urban space, between private and public sphere.

This becomes clear in the third section, where a full-scale model of what is known as a »cluster apartment« enables visitors to enter and experience the communal and private spaces that characterise this housing type. Background information – including floor plans – sheds light on the many forms that new collective lifestyles can take. The installation features a series of photographs by Daniel Burchard made especially for the exhibition. His photographic essays provide an insider’s look at eight projects from a variety of countries, documenting scenes from everyday life in the new collectives. This shows that the new collectives emerge as social laboratories not least because the digitalisation gives rise to new possibilities of life/work organisation.

How does the new architecture of the collective work in economic terms, which new challenges come with it, and how can innovative housing forms actually be realised? Answers to these questions are provided in case studies of the Sargfabrik in Vienna, Zwicky-Süd in Zurich, La Borda in Barcelona, R50 in Berlin, and the Apartments with a Small Restaurant in Tokyo. The section’s workspace setting incidentally highlights the new funding options arising from the close integration of public and private functions in many of these projects. At the Kalkbreite in Zurich, for example, approximately half the floor area is reserved for commercial and other non-residential uses including a cinema, a packaging-free supermarket, three restaurants and cafés, health consultancies, various offices, and a publicly accessible courtyard with a playground.

Projects like Kalkbreite show that non-profit collective housing experiments can thrive within, and actually transform, the commercially driven real-estate market for the better. Grassroots movements such as Occupy have had a dramatic impact on the political landscape, just as the »sharing economy« is revolutionising the very idea of property ownership. This exhibition manifests how these ideas are changing the way in which inhabitants and architects together conceive new forms of living which, beyond meeting individual needs, provide an answer to a central question of our time: how do we want to live together in the future?

An exhibition of Vitra Design Museum, curated by Ilka and Andreas Ruby and EM2N. 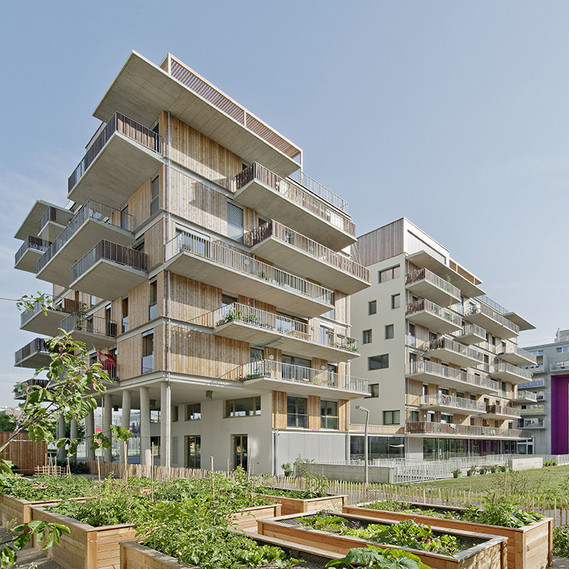 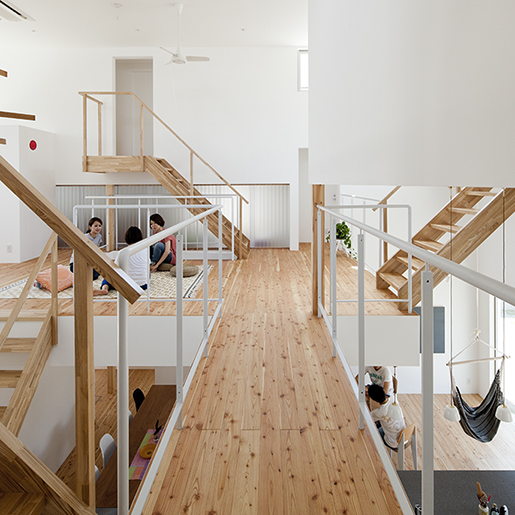 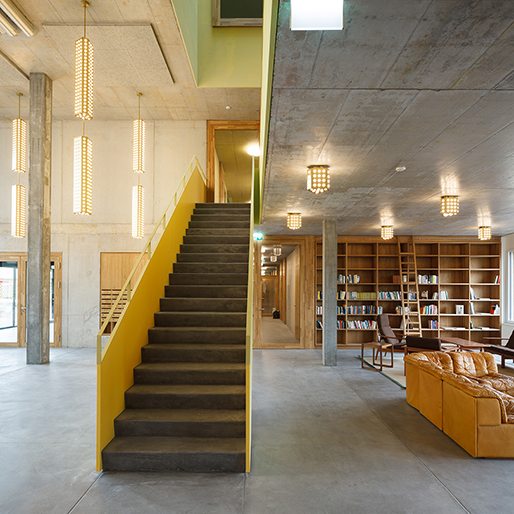 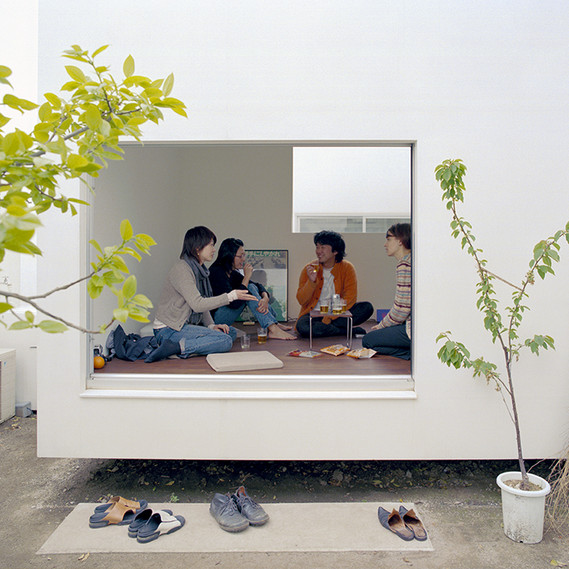 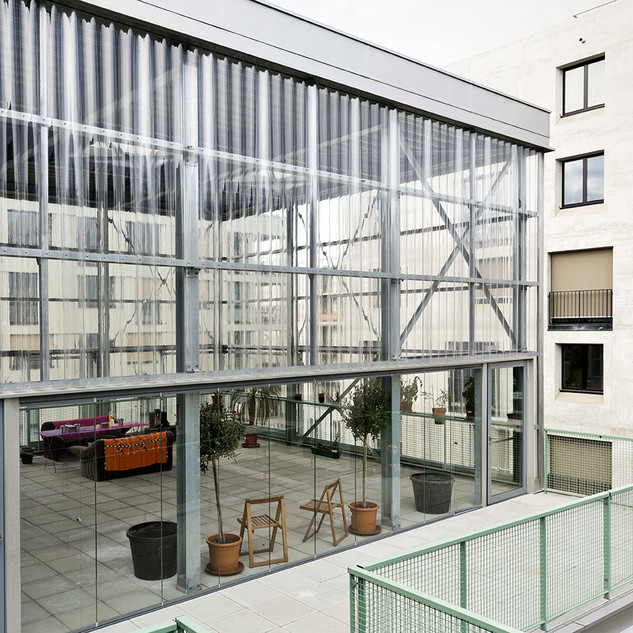 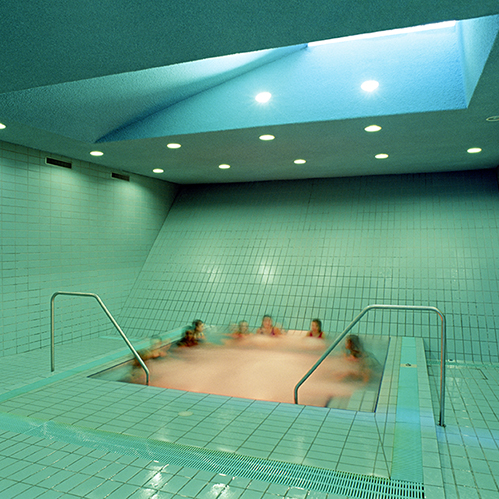 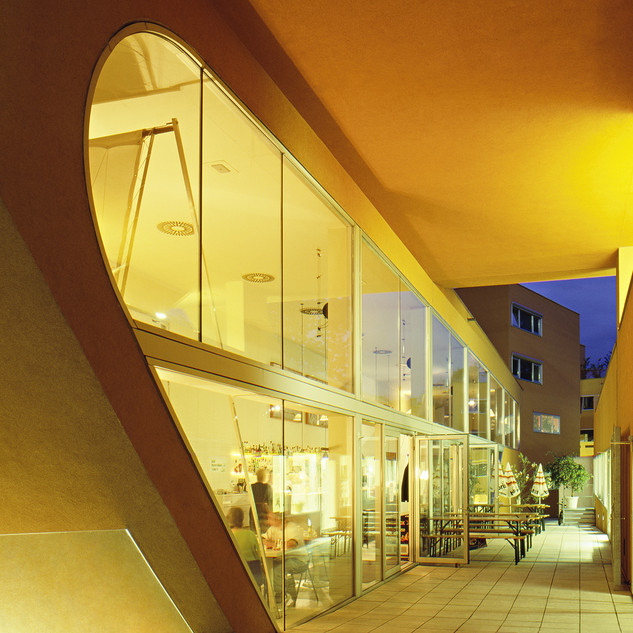 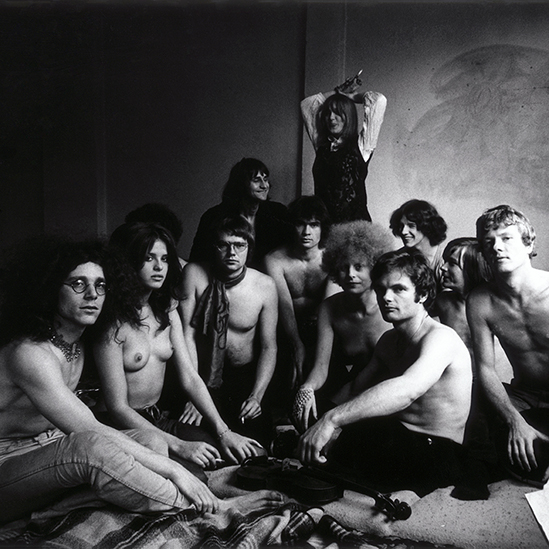 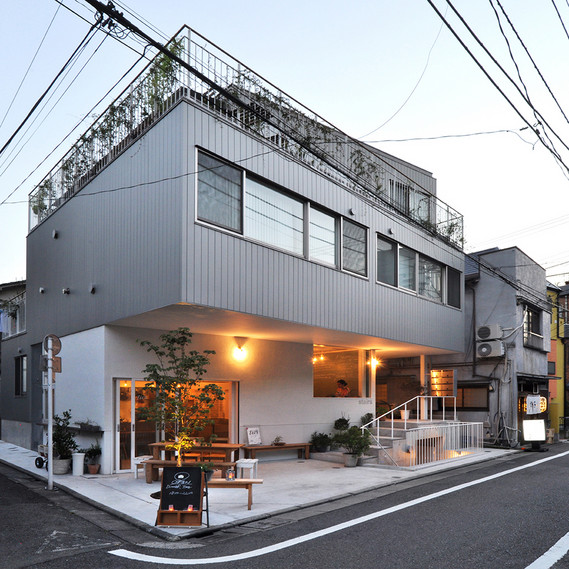 What else there is to discover