From 1968 to 1972, the chemical corporation Bayer rented an excursion boat that was transformed by well-known designers into a temporary exhibition space on the subject of contemporary living. Held during the Cologne Furniture Fair, the forum was used to present the latest developments in interior textiles, whereby a balanced relationship was sought between representing various products and presenting several furniture and textile makers. By collaborating with prominent contemporary designers, the intention was to complement the technical possibilities and practical uses of Bayer’s artificial fibers with aesthetic and artistic aspects – with the designer serving as a link between manufacturer and final consumer. Thanks to Verner Panton (»Visiona 0«, 1968 and »Visiona 2«, 1970), Joe Colombo (»Visiona 1«, 1969) and Olivier Mourgue (»Visiona 3«, 1971), the »Visiona« exhibitions are still today considered exemplary for the avant-garde living concepts of the late 1960s and early 1970s. They offered designers a platform for presenting new, revolutionary ideas, promoted public debate and the cultural importance of residential living, and provided the industry with new inspiration. Verner Panton’s interest in new materials and his experience in the realm of textiles formed the ideal foundation for his pioneering designs of »Visiona 0« (1968) and »Visiona 2« (1970). He created dreamlike spaces and space-like dreams in unusual shapes and colors that stretched across the entire interior of the boat. While »Visiona 0« could be described as a departure from traditional styles of living, »Visiona 2« was entirely focused on the question of living in the world of tomorrow. It broke the traditional understanding of space with its clear ascription of functions, instead creating surroundings that were dedicated to well being, communication, and relaxation. For this, Panton designed numerous design objects, including furniture, textiles, lighting, wall and ceiling coverings that formed in highly imaginative arrangements a series of very different spaces. As an integrative component, he developed both a lighting concept and atmospheric sounds for the individual spaces, like the song of a nightingale, the cry of an owl, bee humming, cat howls, or waves. The Phantasy Landscape (also called »living cave«) on the main deck of the »Loreley« – generally remembered as the most impressive space of »Visiona 2« – can be considered the climax of Panton’s
creative vision. This room discarded all traditional notions of architecture: the floors, walls, ceilings, and furniture seemed to be created from a single cast. The windowless space lacked any connection to the outside world and presented itself as an organic landscape, characterised by dynamic curved shapes that seemed as though they were cut out of the material itself. The elements in various shades of blue and red were like a multiplication of his famous Living Towers placed after one another: the blue shades on the outside, the red shades increasingly becoming brighter on the inside, so that the psychedelic arrangement appeared to glow from within. While the designs of Panton’s contemporaries often evoked associations with outer space, Panton’s livable sculpture with its warm colors and soft textiles sought to bring the interior life of the human being to an outer form. 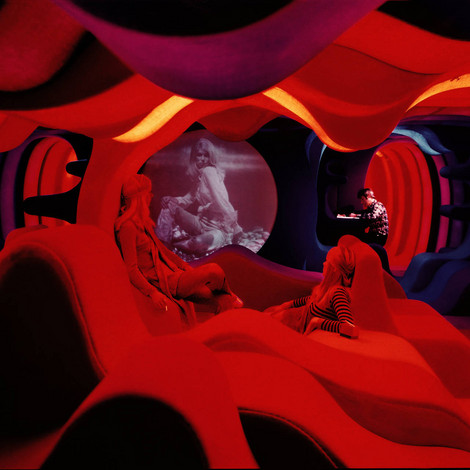 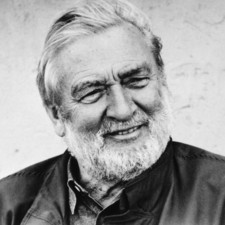 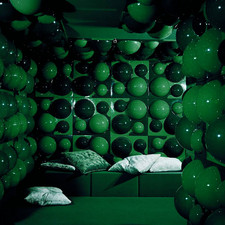