In the second half of the 20th century, Italian design attained worldwide recognition. The Milanese photographers Aldo Ballo and Marirosa Toscani Ballo played an important part in this success. By communicating the beauty and function of objects as well as their cultural message, the Ballos’ photographs contributed significantly to the mythological status that surrounds Italian design even today. With its presentation of outstanding design objects, numerous books, magazines and posters as well as a large number of photographs from the Ballo archive, the exhibition ‘Zoom’ portrayed a new view of this era. In addition to showcasing legendary design classics from the period, ‘Zoom’ focused on the representation and interpretation of these objects, and also on the people who designed them – from Albini, Aulenti, Bellini and Castiglioni to Colombo, Mendini, Pesce and Ponti, to Sarfatti, Sottsass and Superstudio.
The Ballos’ photographs are distinguished by their fresh perspective and concentration on the inherent qualities of the objects they portray. They are based on precise, clean settings and a restrictive selection of props. They were created for prominent manufacturers such as Pirelli, Olivetti, Artemide, Danese or Kartell, and for magazines including Casa Vogue, Domus and Abitare. Along with specific object portraits, the Ballos also photographed painstakingly staged arrangements, architecture, and home interiors, as well as personalities from the Milan design scene. Up until the present day, these photos have been reproduced in every important catalogue or publication on Italian design. They have etched themselves in our collective memory and have fundamentally shaped our view of Italian design.
The core of the exhibition comprised photographs by the Ballos as well as a selection of approximately 75 objects from the collection of the Vitra Design Museum, including spectacular artefacts like Archizoom’s seating landscape ‘Safari’ from 1968, and classics such as Mario Bellini’s stereo system ‘Totem’ from the year 1970. 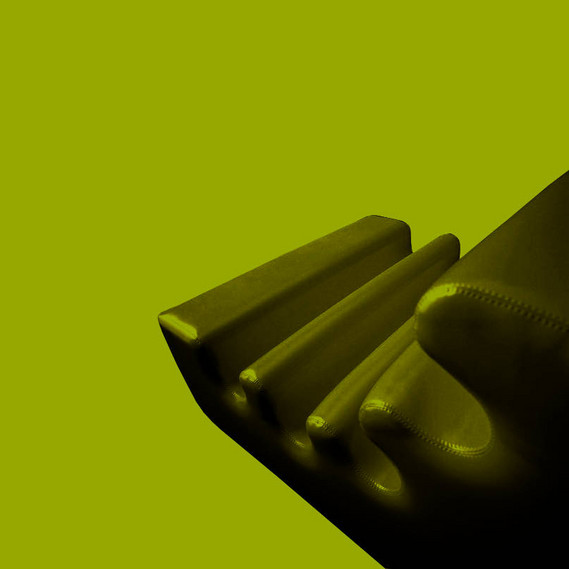 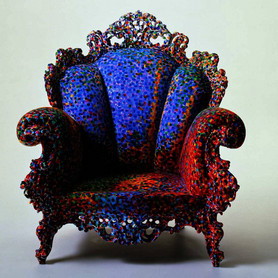