The Politics of Design

The Politics of Design

Design is a political activity. Every day, designers all over the world make decisions about complex social issues such as inclusion, identity, and sustainability. This makes design a powerful tool for social and political change, but does this have a real effect on things? In what ways can design truly contribute to solving the world’s most pressing issues? What does this mean for the practice of design? In this moment of transition, as we leave old ideas, convictions, and strategies behind and move further into the 21st century, we must ask ourselves: How can design be part of the solution and not the problem?

These urgent questions were discussed at an interdisciplinary conference titled »The Politics of Design« hosted by the Vitra Design Museum at the Triennale Milano on 10 April 2019 as part of Milan Design Week 2019. An international group of high-profile experts from various backgrounds including design, design theory, philosophy, sociology, and political economy took part in three panels – Design and Post-Industry, Design and Post-Governance, as well as Design and Post-Nature. Speakers such as Paola Antonelli, Bruce Sterling, Danah Abdulla, Jan Boelen, Claudia Chwalisz, Indy Johar, Amelie Klein and Etienne Turpin discussed design’s changing role and responsibilities in the 21st century. The conference aimed to foster debate surrounding design’s political relevance and embraced ambiguity and contradiction in an increasingly complex and conflict-ridden world. It aimed to serve as a transformative agent for the classical design industries and to initiate a wider discussion about a design that recognizes its responsibility to society and the planet. Each panel included an extended Q&A segment in which audience members could participate. The conference ended with an aperitivo, hosted by Atelier Luma on the occasion of the book launch »Design as a Tool for Transition: The Atelier Luma Approach«.

The conference »The Politics of Design« was presented by the Vitra Design Museum in cooperation with Volkswagen Group. 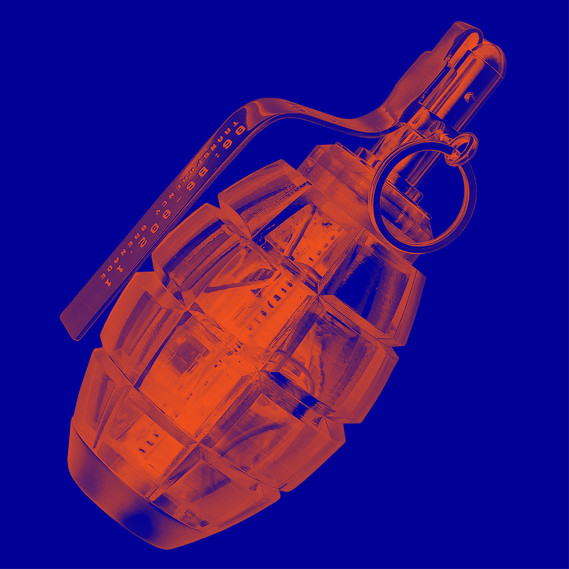 Paola Antonelli joined The Museum of Modern Art in 1994 and is a senior curator in the Department of Architecture & Design, as well as MoMA’s founding director of Research and Development. She has curated numerous shows at MoMA and in other international institutions, lectured worldwide, and has served on several international architecture and design juries. She has taught at the University of California, Los Angeles; the Harvard Graduate School of Design; and the MFA programs of the School of Visual Arts in New York. The recipient of a Master’s degree in Architecture from the Polytechnic of Milan in 1990, Paola Antonelli holds honorary doctorate degrees from the Royal College of Art and from Kingston University London, from the ArtCenter College of Design, Pasadena, and from Pratt Institute in New York. She earned the »Design Mind« Smithsonian Institution’s National Design Award in October 2006, and in 2007, she was named one of the 25 most incisive design visionaries by Time magazine. In 2011, she was inducted in the Art Directors Club Hall of Fame, and in 2015, she received the AIGA Medal. Paola Antonelli’s goal is to insistently promote design’s understanding, until its positive influence on the world is universally acknowledged. Her most recent project, the XXII Triennale di Milano, entitled »Broken Nature: Design Takes on Human Survival«, opened in March 2019. 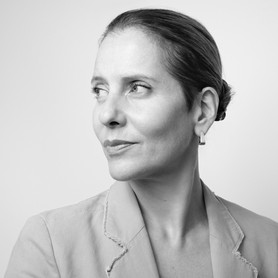 Bruce Sterling is an author, journalist, editor, and critic. Best known for his ten science fiction novels, he also writes short stories, book reviews, design criticism, opinion columns, and introductions for books ranging from Ernst Juenger to Jules Verne. His nonfiction works include »The Hacker Crackdown: Law and Disorder on the Electronic Frontier« (1992), »Tomorrow Now: Envisioning the Next Fifty Years« (2003), »Shaping Things« (2005), and »The Epic Struggle of the Internet of Things« (2014). His most recent book is a collection of Italian fantascienza stories, called »Utopia Pirata: I racconti di Bruno Argento« (2016). During 2005, he was »Visionary in Residence« at the ArtCenter College of Design in Pasadena. In 2008, he was guest curator for the Share Festival of Digital Art and Culture in Turin, Italy, and the »Visionary in Residence« at the Sandberg Instituut in Amsterdam. In 2011, he returned to the ArtCenter in Pasadena to run a special project on augmented reality. In 2013, he was »Visionary in Residence« at the Center for Science and the Imagination at Arizona State University. A year later, he curated the »Casa Jasmina« project at the Turin Fab Lab. In 2016, Sterling was »Visionary in Residence« at the Arthur C. Clarke Center for Human Imagination, San Diego. He has appeared in ABC's Nightline, BBC's The Late Show, CBC's Morningside, on MTV and TechTV, and in Time magazine, Newsweek, The Wall Street Journal, the New York Times, Fortune, Nature, I.D., Metropolis, Technology Review, Der Spiegel, La Stampa, La Repubblica, and other media. 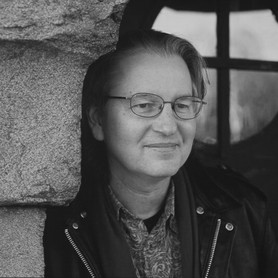 Danah Abdulla is a designer, educator and researcher. She is a senior lecturer in Communication Design at Brunel University London. Previous to this, she was a lecturer on the BA (Hons) Design Management and Cultures course at the London College of Communication (University of the Arts London), teaching design practice and theory modules. In 2010, she founded Kalimat Magazine, an independent, non-profit magazine about Arab thought and culture. She is also a founding member of the Decolonising Design research group, a research associate at the Design Against Crime Research Centre at Central Saint Martins, and visiting professor at the Vilnius Academy of Arts. She obtained her PhD titled »Design Otherwise: Towards a Locally-Centric Design Education Curricula in Jordan« in the Department of Design at Goldsmiths, University of London in 2018. 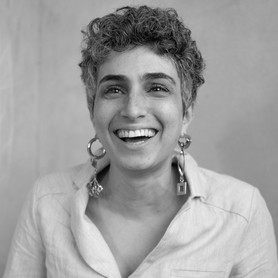 Indy Johar is an architect, co-founder of 00 (project00.cc), a senior innovation associate with the Young Foundation in London and visiting professor at the University of Sheffield. On behalf of 00, he has co-founded multiple social ventures from Impact Hub Westminster to Impact Hub Birmingham and the HubLaunchpad Accelerator, along with working with large global multinationals and institutions to support their transition to a positive Systems Economy. He has also co-led research projects such as »The Compendium for the Civic Economy«, whilst supporting several 00 explorations and experiments, including the wikihouse.cc and opendesk.cc. Johar is an advisor to the Earth Security Initiative and a director of WikiHouse Foundation, as well as co-founder of the »Project00.cc Research Laboratory &amp; Skunk Works«. He is a fellow of the RSA (Royal Society for the encouragement of Arts, Manufactures and Commerce), a Respublica fellow, a JRF Anti-Poverty Strategy Programme Advisory Group member and a member of the Mayor of London's SME Working Group and most recently a member of the RSA Inclusive Growth Commission. He was director of the Global Impact Hub Association and Impact Hub Islington - the original Impact Hub in the Hub Network - and worked with Jonathan Robinson to design the protocols and modes of the network scaling. Johar has taught and lectured at various institutions, ranging from the University of Bath, TU Berlin, to the Architectural Association in London, the University College London and Princeton. He has written for many national and international publications on the future of design, systems change and social investment. 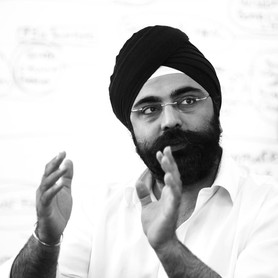 Claudia Chwalisz is an expert on democratic innovation, deliberative democracy, citizen engagement in policy making, populism, and comparative political economy. Her research and writings also touch on European and Canadian politics, elections and public opinion. Currently, she is based in Paris, leading work on innovative citizen participation at the OECD’s Open Government Unit. She also contributes to Carnegie Europe’s Reshaping European Democracy Project and mentors the Social Design masters students at the Design Academy Eindhoven. Previously, she was a strategy consultant working with political parties and campaigns at Populus in London. Prior to that, she led Policy Network‘s work on populism, democracy and political economy, and completed a public service fellowship with the Crick Centre for the Public Understanding of Politics. 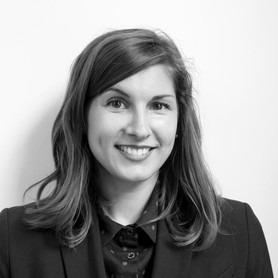 Etienne Turpin is a philosopher, co-founder and CEO of User Group, an office for design research, software development, and digital strategy based in Berlin and London. He is also visiting studio instructor at the Strelka Institute for Media, Architecture and Design, and the Harvard University Graduate School of Design. Previously, he worked as a research scientist at the Massachusetts Institute of Technology, and taught advanced design and theory at the University of California, Berkeley, the University of Michigan, and the University of Toronto. Turpin is the author of numerous essays on philosophy, design, and environmental politics. He is also co-editor of the »intercalations: paginated exhibition« series (K. Verlag, Haus der Kulturen der Welt, 2015-2017) in the context of »Das Anthropozän-Projekt« (K. Verlag, Haus der Kulturen der Welt, 2013-2014), »The Work of Wind: Sea« (K.Verlag, forthcoming 2019), »The Work of Wind: Land« (K. Verlag, 2018), »Fantasies of the Library« (MIT Press, 2016), and »Art in the Anthropocene« (Open Humanities Press, 2015); and editor of »Architecture in the Anthropocene« (Open Humanities Press, 2013). His first monograph »When he fuck me good« (Strelka Press, forthcoming 2019) surveys assemblages of desire, infrastructure, and ownership through the music and media of Beyoncé Knowles-Carter. 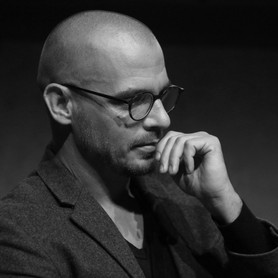 Amelie Klein joined the Vitra Design Museum in Weil am Rhein, Germany, in 2011, where most recently she opened the international travelling exhibition »Victor Papanek: The Politics of Design«. Previous international exhibitions include »Hello, Robot. Design between Human and Machine« and »Making Africa – A Continent of Contemporary Design«. Klein was nominated twice for the art-Magazine Curator Prize, an award granted for the best exhibitions in Germany, Austria and Switzerland. She completed an MA in Design Criticism at New York’s School of Visual Arts as well as an MBA at the Vienna University of Economics and Business, Austria. She was the design editor for the Austrian daily newspaper Die Presse in Vienna and deputy editor-in-chief of its weekly supplement Schaufenster. Her writing has also appeared in publications such as Metropolis, Abitare, domus online and Stylepark. 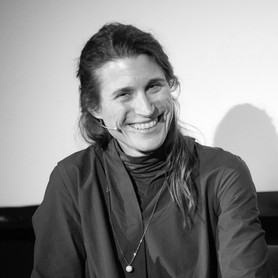 Jan Boelen is the artistic director of Z33 House for Contemporary Art in Hasselt, Belgium, artistic director of Atelier LUMA - an experimental laboratory for design in Arles, France - and curator of the 4th Istanbul Design Biennial 2018 in Istanbul, Turkey. He also holds the position of the head of the Master department Social Design at Design Academy Eindhoven in the Netherlands. In 2012, at the initiative of Z33 and the Province of Limburg, Manifesta 9 took place in Belgium. As part of his role at Z33, Boelen curated the 24th Biennial of Design in Ljubljana, Slovenia, in 2014. Boelen also serves on various boards and committees including the advisory board of the V&A Museum of Design Dundee in the UK, and the Creative Industries Fund in the Netherlands. Boelen holds a degree in product design from the Media and Design Academy (now the LUCA School of Arts) in Genk, Belgium. 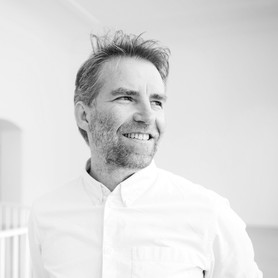