This year he would have celebrated his 100th birthday: the Austro-Italian designer Ettore Sottsass (1917–2007), one of the most influential and unconventional figures in twentieth-century design. He gained renown with his designs for the office equipment manufacturer Olivetti, for his poetic, minimalist sculptural objects, and as the leading figure of the Memphis design collective in the 1980s. Over the course of his long career, Sottsass moved between disciplines, leaving behind a fascinating oeuvre that is represented by many objects in the collection of the Vitra Design Museum. The Vitra Schaudepot exhibition presents an overview of approximately 30 of his furniture designs, consumer products, photographs and writings. It pays tribute to an extraordinary designer who did not regard form and function as constraints, but rather viewed design as an opportunity to explore the nature of human existence.

Sottsass’s most famous works are his furniture designs for the Memphis group, which created a sensation and ushered in the postmodern aesthetic of the 1980s. The shrill colours, patterns and forms of Memphis objects were inspired by motifs from everyday life, Pop culture and the non-European civilisations encountered by Sottsass during his extensive travels from the 1960s onward. This resulted in iconic objects like the Carlton bookcase (1981), the lamps Ashoka (1981) and Tahiti (1981), and the Tartar table (1985) – expressive objects that sought to communicate with the viewer and liberate themselves from a functionalist design approach.

Yet early signs of the pioneering Memphis aesthetic were already visible in Sottsass’s work from prior decades, beginning in the late 1950s. As Art Director at the furniture manufacturer Poltronova (1958–1974), Sottsass developed a signature style in furniture design by combining vivid colours and distinctive structures. During many decades of work for the office equipment manufacturer Olivetti (starting in 1957), he created legendary objects like the Valentine typewriter (1969), which became a symbol of Pop design. Sottsass continued his closely observed career path in the 1970s by taking on various roles – as a participant in the Museum of Modern Art’s exhibition »Italy: The New Domestic Landscape« (1972), as a central figure of the design initiative Global Tools (1973-1975), or as a member of the design collective Alchimia (1976-1980). In all of these activities, Sottsass persistently challenged the established tastes of the middle class by confronting it with his poetic, unorthodox objects.

The exhibition illustrates this development with key works from the earlier periods: for example, the Califfo sofa (1964), the Kubirolo storage cabinets (1966-67), and pieces from the Mobili Grigi furniture series (1970) for Poltronova – or with rare objects like the armchair Tappeto Volante (1974), a manifestation of the seemingly weightless connection Sottsass forged between Pop culture and hippie-era spirituality. Other objects, such as Seggiolina da Pranzo (1979-80) for Alchimia and many spectacular Memphis designs, demonstrate how Sottsass finally arrived at a personal and unique style.

The exhibition is supplemented by excerpts from the extensive body of poetic and literary texts written by Sottsass, as well as photographs from the Metafore series (1972-1979), which clearly reveal Sottsass’s search for meaningful answers to fundamental design issues. They show that his interest in spirituality and archaic cultures was a direct source of creative inspiration for his designs for Alchimia, Memphis, and even Olivetti, a manufacturer of industrial goods. This is what ultimately makes Sottsass stand out in the history of twentieth-century design: as a rebel and a poet, whose legacy continues to enrich our everyday lives. 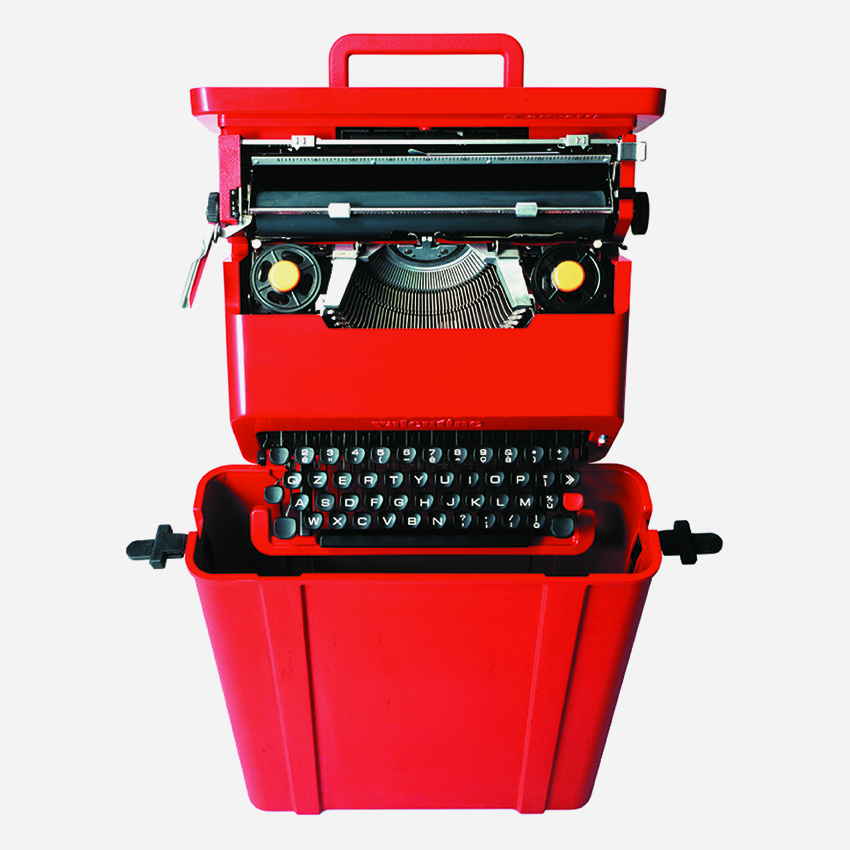 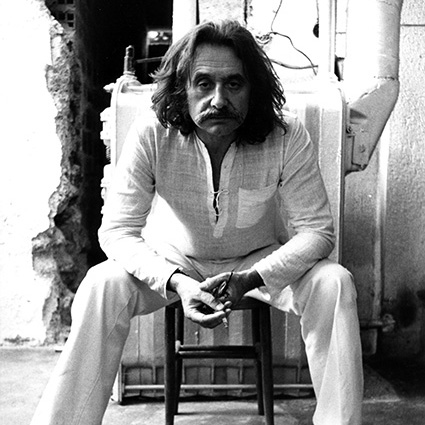 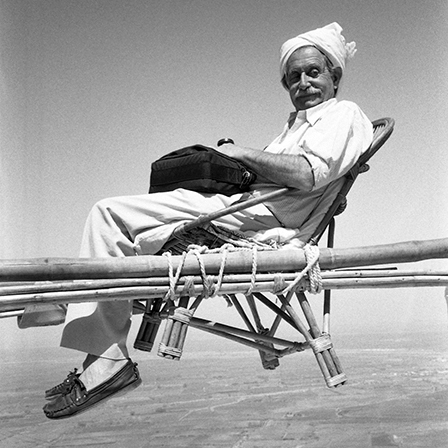