Gae Aulenti is one of the most influential architects and designers of the post-war period. As early as the 1960s, her iconic creations – such as her »Locus Solus« series (1964), the »Pipistrello« (1965) and »King Sun« (1967) lamps – played a vital role in Italy’s global dominance within the field of product design. The Italian designer gained international renown for her transformation of a Parisian train station into the Musée d’Orsay (1980–1986). But although Aulenti realized over 700 projects, she is relatively unknown outside her native Italy. The Vitra Design Museum seeks to counteract this undeserved neglect with »Gae Aulenti: A Creative Universe«. The exhibition explores Aulenti’s multifaceted body of work, one that encompasses not only architectural projects and design objects, but also interiors, set and costume design, as well as exhibitions. The Vitra Schaudepot will present roughly 35 items from across her career, complemented by photographs, sketches, and drawings, as well as a slideshow, documentary films, and interviews.

The exhibition opens with Aulenti’s early designs for the company Poltronova. These include her first item of furniture, »Sgarsul« (1962), which is characterized by a highly distinctive and modern use of forms, as well as her garden furniture series, »Locus Solus« (1964). The »Stringa« sofa (1963) and many other items Aulenti designed, she also used to furnish her own home. Additionally, she developed products for Zanotta, including a tubular steel version of »Locus Solus« (1964) and an extremely lightweight, easy-to-store folding chair, the »Aprilina« (1964). In 1970/71, she developed the latter into a more solid side-folding version with a matching footrest. The products she made concurrently for FontanaArte display her use of diverse materials and her innovative approach to her work. For instance, the top of the »Giova« (1964) glass lamp may be used as a vase, and the sculptural »Rimorchiatore« (1967), made of lacquered metal, is a hybrid lamp, vase, and ashtray.

Along with glass and metal, Aulenti also worked with other materials. Her »Jumbo« (1965) table for Knoll, for example, was made of marble. This massive item evinces her precisely constructed and architectural use of forms, which was visible already in her early designs. Aulenti established her reputation as an interior designer with her work for the typewriter manufacturer Olivetti’s showrooms in Paris (1966/67) and Buenos Aires (1968). In Paris, she used laminated plastic and stainless steel to emphasize the highly up-to-date quality of the products on display. She also made use of her »Pipistrello« (1965) lamps – one of her most iconic objects, to this day manufactured by Martinelli Luce. In Buenos Aires, she used mirrored ceilings to achieve a kaleidoscopic effect enhanced by her »King Sun« (1967) lamps, designed especially for this showroom like many of her objects. The oversized dimensions of this lamp, which might be unexpected at first glance, are echoed in other designs, such as her »Ruspa« and »Oracolo« lamps (both 1968).

Her metamorphosis of the Gare d’Orsay in Paris from a train station into a museum between 1980 to 1986 is one of her best-known architectural projects, and it garnered her and her architectural practice international fame. This was followed by commissions to redesign the interior of the MNAM - Centre Georges Pompidou in Paris (1982–85), to renovate the Palazzo Grassi in Venice (1985/86), and to rebuild the Palau Nacional of Montjuïc in Barcelona between 1985 and 1992, which became the Museu Nacional d’Art de Catalunya. Her work on the Gare d’Orsay included items she designed and which later were adopted for home use, such as picture frames with accompanying supports. Aulenti’s furnishings for Palazzo Grassi derived from her set designs for Gioachino Rossini’s opera »Il viaggio a Reims« (1984/85), which drew on her’s long-standing work as a set and costume designer.

Thanks to additional loans from the Gae Aulenti Archive in Milan and other lenders, the exhibition »A Creative Universe« also includes a selection of the Italian designer’s lesser-known works, such as packaging designs for make-up products by the French company Rochas in 1978, vases for the Murano glass manufacturer Venini from 1995 to 2008, and »Toaster« (1996) and »Blender« (1998) for the electronics manufacturer Trabo. These works reveal Aulenti’s immense versatility and her great sensitivity to the unique needs of each situation. Aulenti was less interested in maintaining a homogenous style than in providing visionary solutions to problems. Nevertheless, almost all of her designs share a striking formal language and emblematic silhouettes. Her objects arrest the eye and remain unforgettable.

With kind support of:
Embassy of Italy in Berlin, Martinelli Luce, and Bottega Ghianda 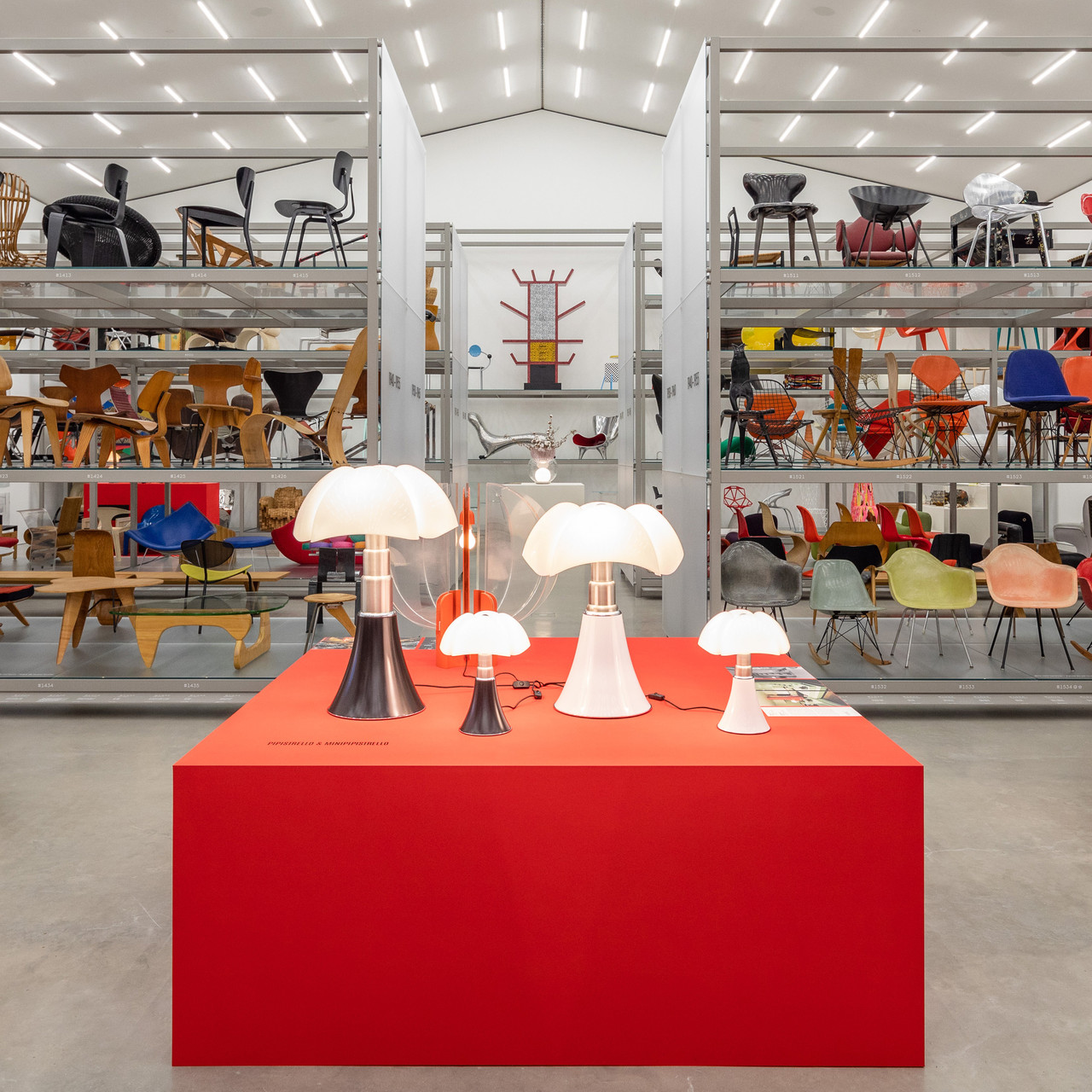 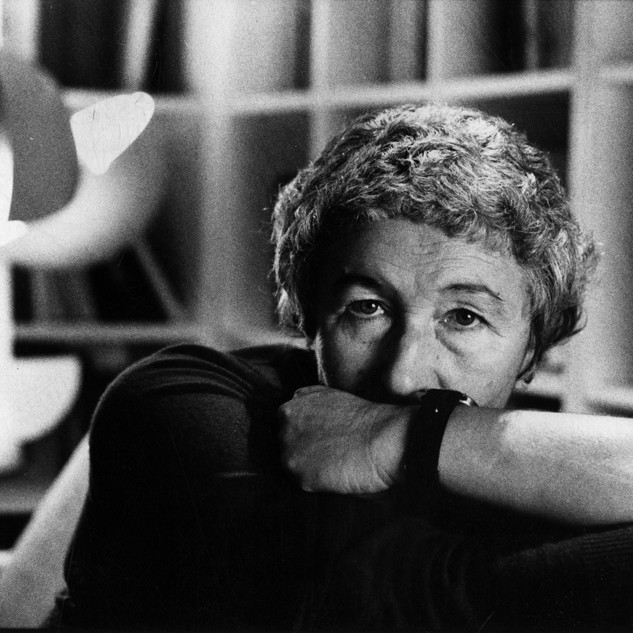 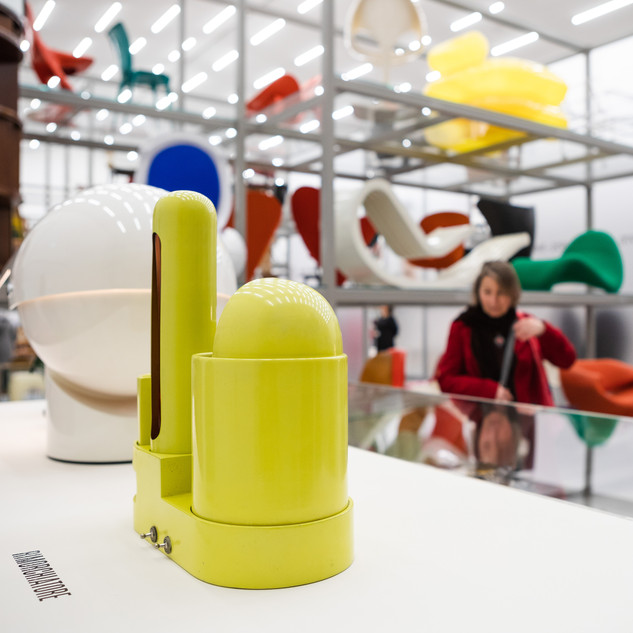 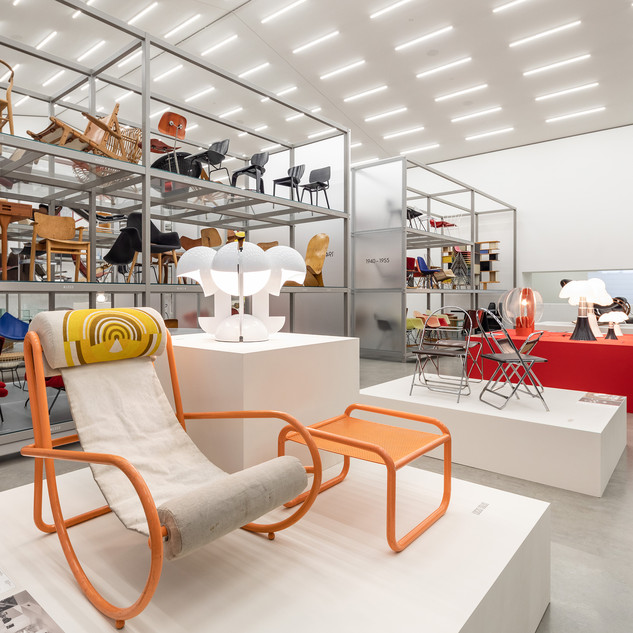 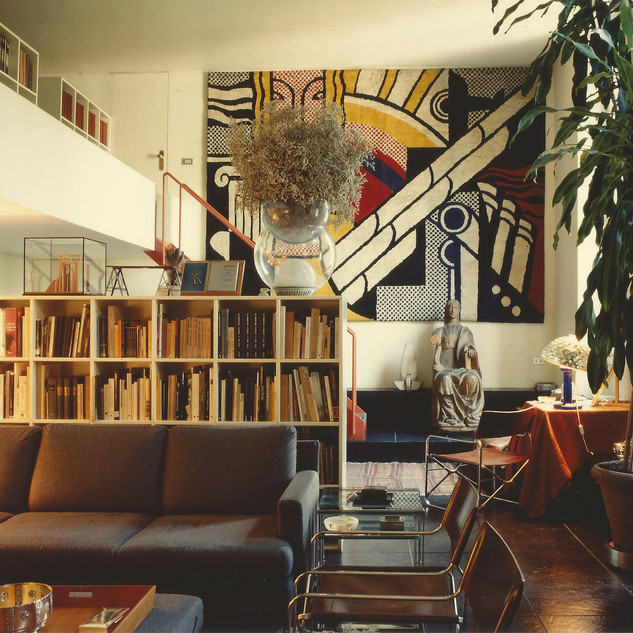