In Spring 2019, the Vitra Design Museum will present the first solo exhibition of Mexican artist duo Lake Verea in a European museum. For their ongoing »Paparazza Moderna« project, they create poetic portraits of single-family houses designed by renowned modernist architects. Francisca Rivero-Lake and Carla Verea approach these buildings like paparazzi – unannounced and spontaneous – with the aim of capturing them in an unembellished, private state. Lake Verea’s evocative photographic compositions of buildings by Walter Gropius, Marcel Breuer, Richard Neutra, Rudolf M. Schindler, Ludwig Mies van der Rohe and Philip Johnson were taken between 2011 and 2018 during their journeys throughout the USA. The exhibition at the Vitra Design Museum Gallery shows 21 works, including photography and a video. Each of the compositions, which Lake Verea refer to as »architectural portraits«, consists of two to ten photographs. The artists treat the houses as living characters and offer a playful, at times voyeuristic take on the myths that surround the intertwined relationships between some of the great architects of the twentieth century.

This is the first time Lake Verea present the outcome of their ongoing »Paparazza Moderna« project in its entirety, offering visitors an intimate, contemporary perspective on the works of modernist architects. The portraits are grouped into three chapters, each concerned with a pair of architects that Lake Verea, referencing the language of gossip magazines, describe as »frenemies« since they were linked by complicated professional and personal ties.

The first chapter revolves around the relationship between Bauhaus founding director Walter Gropius (1883–1969) and his protégé Marcel Breuer (1902–1981). Having met at the Bauhaus art school in Weimar, both came to the United States in 1937 to teach at Harvard University. When a wealthy benefactor provided them with the necessary means and a plot of land, they built their homes only a few hundred meters apart from each other – the »Gropius House« (1937) on top of a hill, the »Breuer House« (1937) at its foot. After several joint projects, Gropius and Breuer pursued separate goals.

The working relationship between the Austrian-born architects Richard Neutra (1892–1970) and Rudolf M. Schindler (1887–1953) is explored in the second chapter. They had met in Vienna in 1912 and emigrated to the USA about ten years apart, with Schindler arriving first, in 1914. From 1925, the two architects and their families lived together in a Los Angeles home specially designed by Schindler as an experiment in communal living. Together, they worked on various commissions, but parted ways after private and professional conflicts. Lake Verea’s architectural portraits trace Neutra’s and Schindler’s trajectories toward individual practice, beginning with their time in the famed »Kings Road House« (1921) in Los Angeles.

The third chapter focuses on German architect Ludwig Mies van der Rohe (1886–1969) and the exhibition’s only US-born protagonist, Philip Johnson (1906–2005), who was both a prolific critic and curator as well as an architect in his own right. Johnson had first met Mies during a trip to Berlin in 1929 and co-curated a seminal exhibition including Mies, Gropius, Neutra and Breuer at the Museum of Modern Art in New York. He later temporarily left this post to study architecture with Gropius and Breuer at Harvard University. Johnson and Mies would go on to collaborate on various projects, the most prominent of which is New York City’s »Seagram Building« (1956). Whether Johnson took design cues for his own »Glass House« (1949) from Mies’s seminal »Farnsworth House« (designed in 1945 and completed in 1951), remains a subject of speculation. 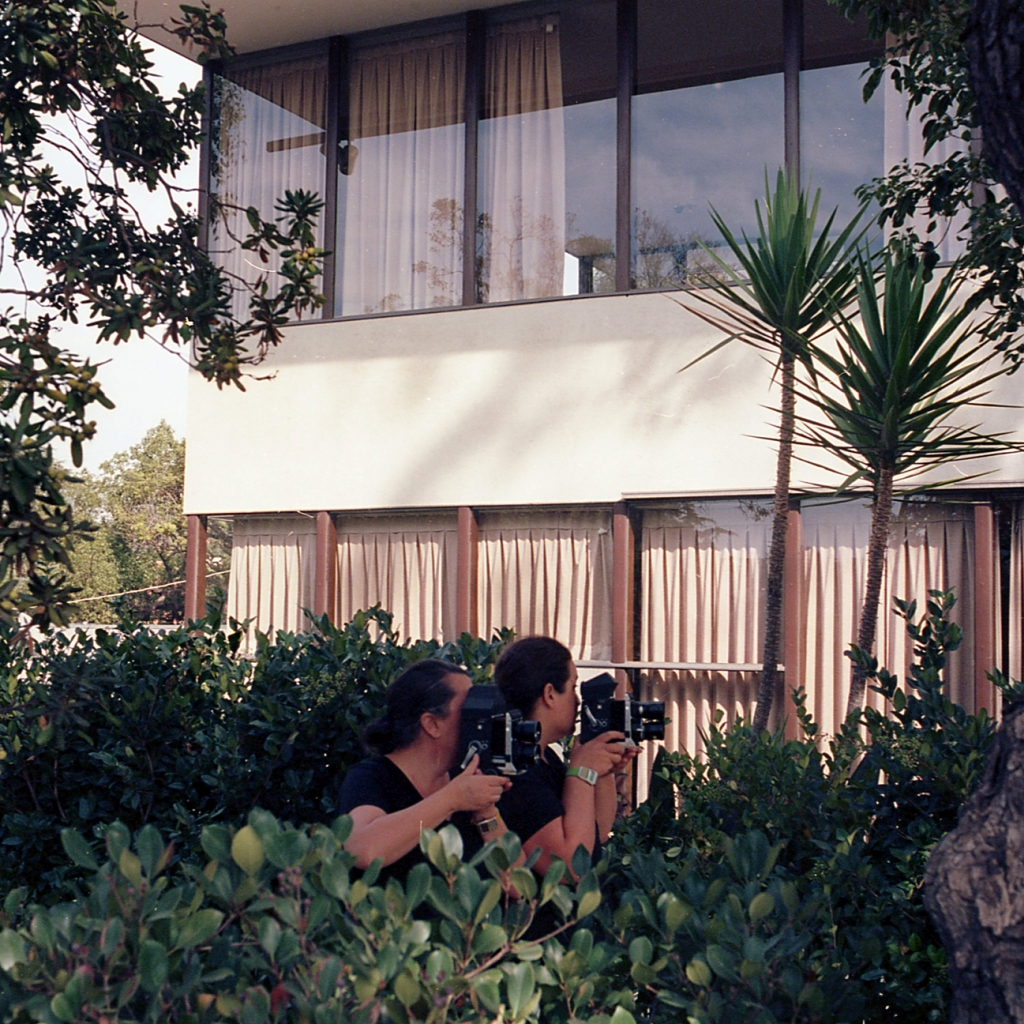 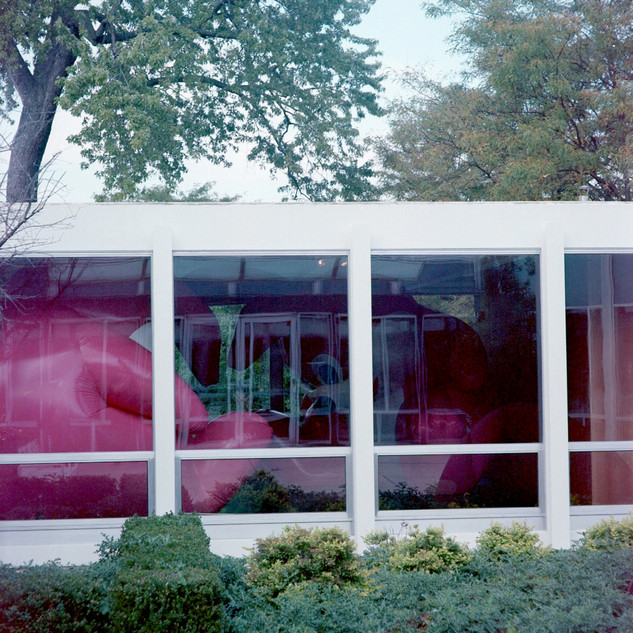 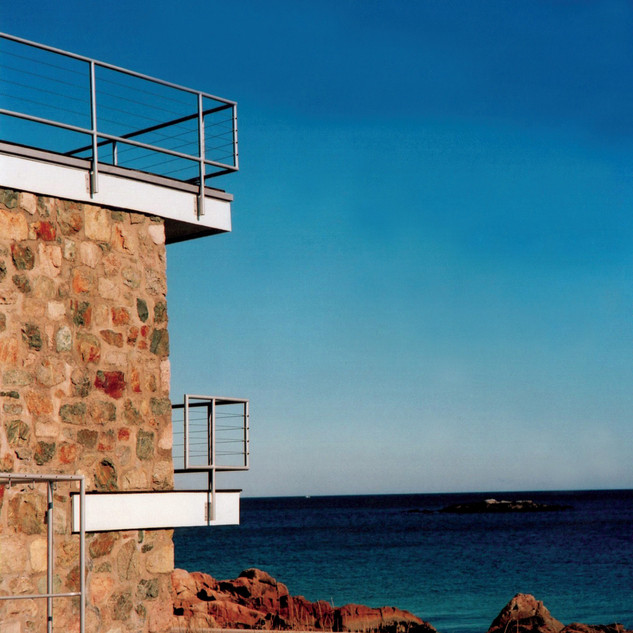 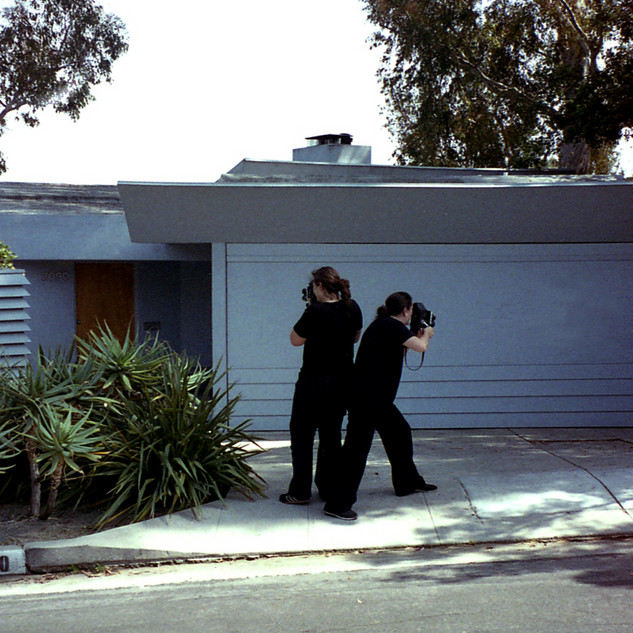 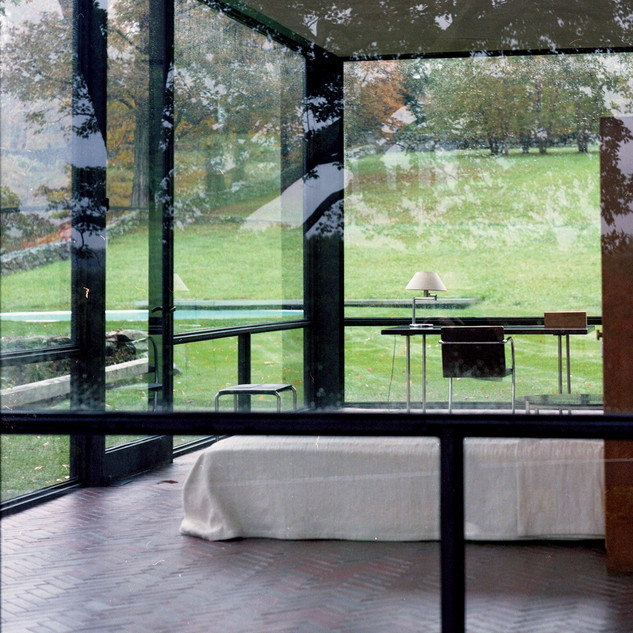 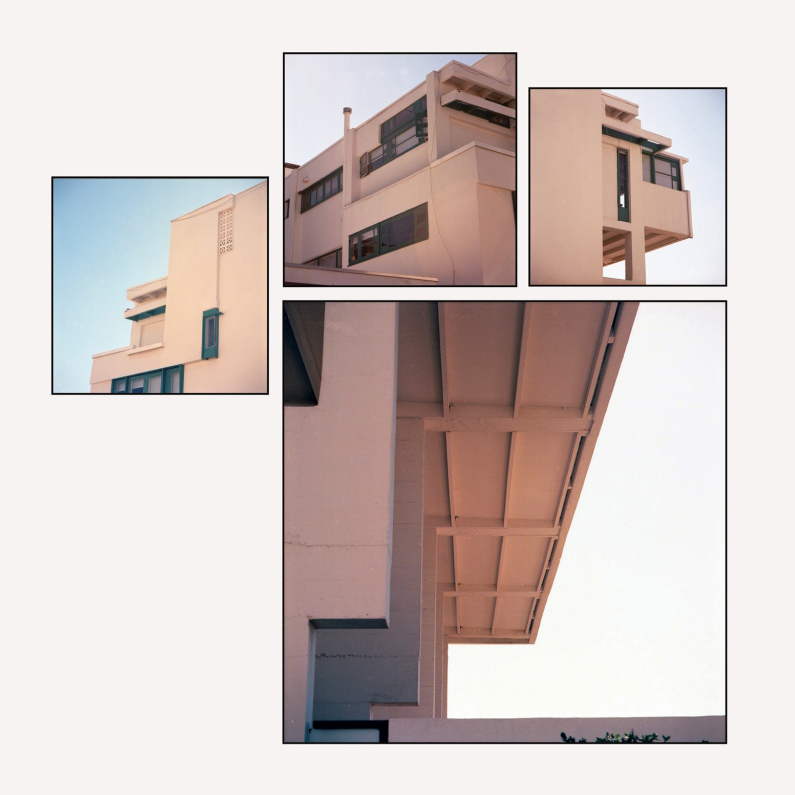