Monobloc – A Chair for the World

It is the most widely used piece of furniture in the world: the white plastic chair. As the quintessential example of a mass consumer product, the Monobloc chair can be found wherever there is a need for cheap seating – be it in European gardens, African cafés or Asian restaurants. The exhibition »Monobloc – A Chair for the World«, 17 March to 9 July 2017, tells the story of this ubiquitous and little researched everyday item. Based on 20 objects, the show examines the history and the cultural connotations of a chair that has put its mark upon the world. »Monobloc« is the third temporary exhibition in the Schaudepot, built in 2016 and designed by Basel-based architects Herzog & de Meuron.

The idea of the so-called Monobloc chair is based on an old vision shared by many designers: to make a chair out of a single piece of material. Experiments with this idea date back to the 1920s – early attempts involved pressing sheet metal or bending laminated wood. Beginning in the 1950s, new plastics technology made it possible to fabricate chairs by moulding or pressing the material into the desired shape in a single production step. The moniker Monobloc is derived from this simple production method and the plain appearance of the resulting furniture pieces. The first mass-produced models include the Panton Chair (1958-68), conceived by Danish designer Verner Panton, the Bofinger Chair (1964-68) by German architect Helmut Bätzner, and the chair Selene (1961-68), a creation by Italian designer Vico Magistretti.

In 1972, the French engineer Henry Massonnet took these predecessors as a starting point for the design of his so-called Fauteuil 300, which is regarded as the archetype of the inexpensive plastic chair. By improving the efficiency of the manufacturing process, Massonnet was able to reduce the duration of the entire production cycle to less than two minutes. From the 1980s onward, more and more companies brought similar models onto the market.

As it has spread around the world, the Monobloc chair has come to represent the ambivalence of today’s consumer society. The plastic chair is the epitome of an affordable – and thus democratic – piece of furniture. At the same time, it does not meet sustainability criteria and exemplifies the global mass consumption of uniform products. Many contemporary designers have created new interpretations of the Monobloc that address these issues. Prominent examples are the Café Chair (2006) by Fernando and Humberto Campana, Respect Cheap Furniture (2009) by Martí Guixé, and Martino Gamper’s Monothrone (2017), which was created especially for this exhibition.

The exhibition is supplemented by extensive background information and images of the Monobloc in many different contexts – from garden parties to political crisis zones. The show gives insight into the technical development of the Monobloc and its specific cultural connotations. The same chair that is associated with disposable mass merchandise in some countries is considered a valuable object in others – and repaired rather than thrown away. The plastic chair stands for a pluralistic approach to design history beyond the classic canon. Precisely due to its multifaceted nature, the plastic chair symbolises the complexity of material culture in our time. 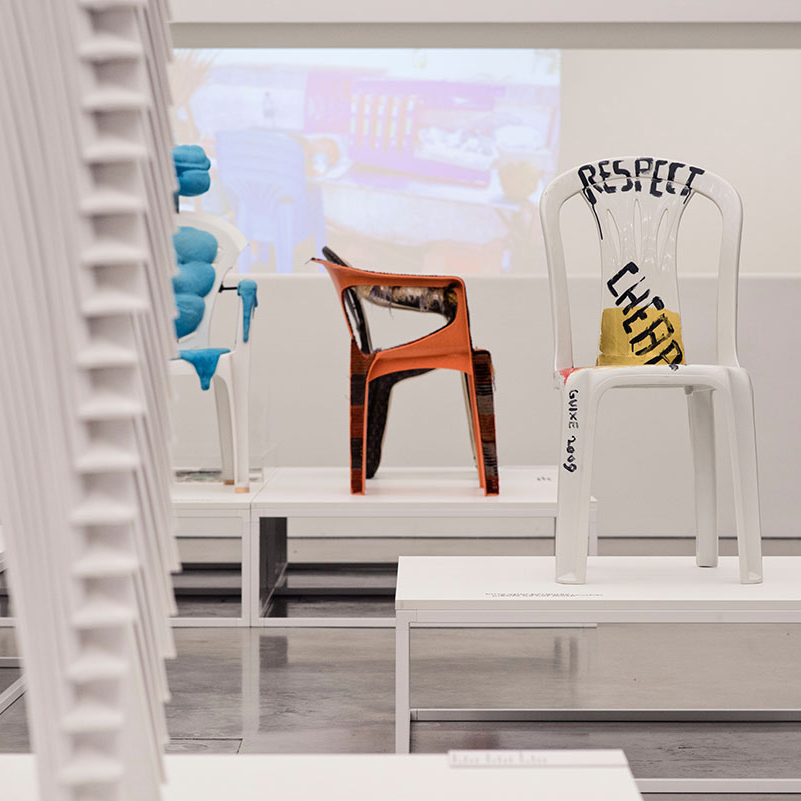 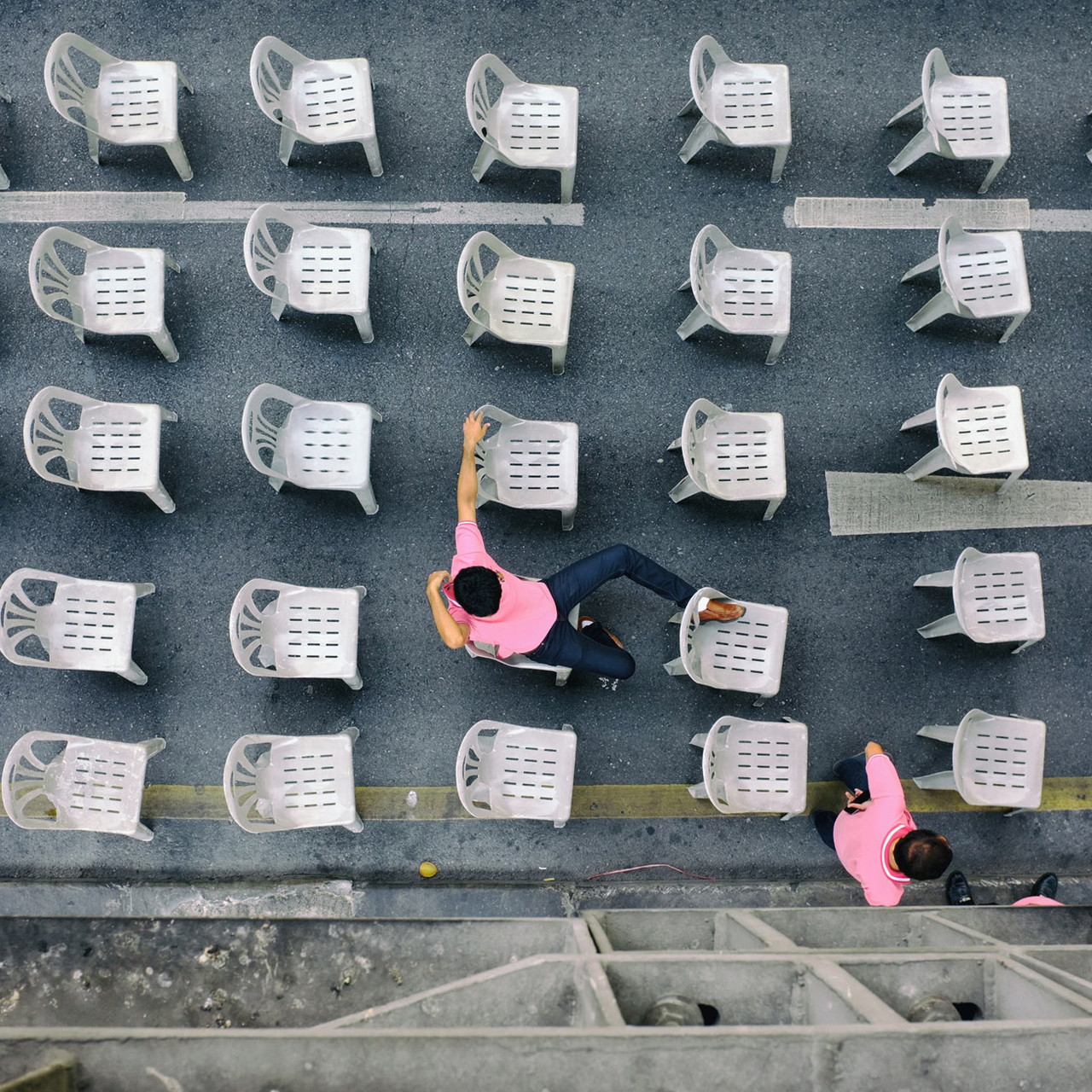 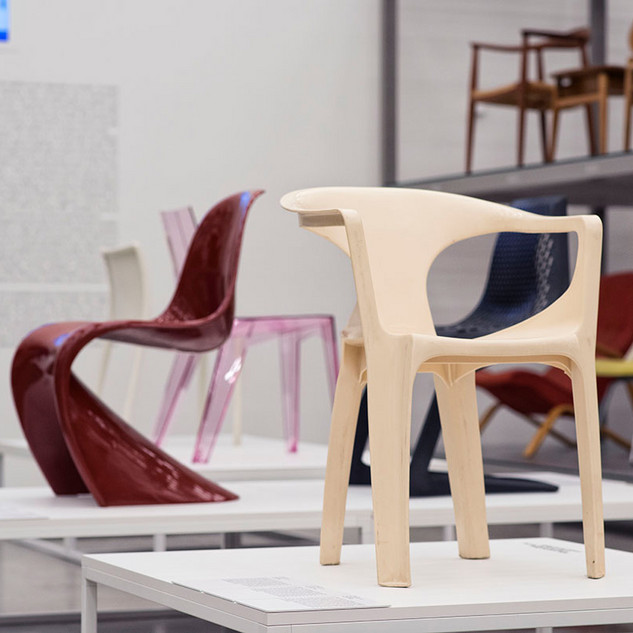 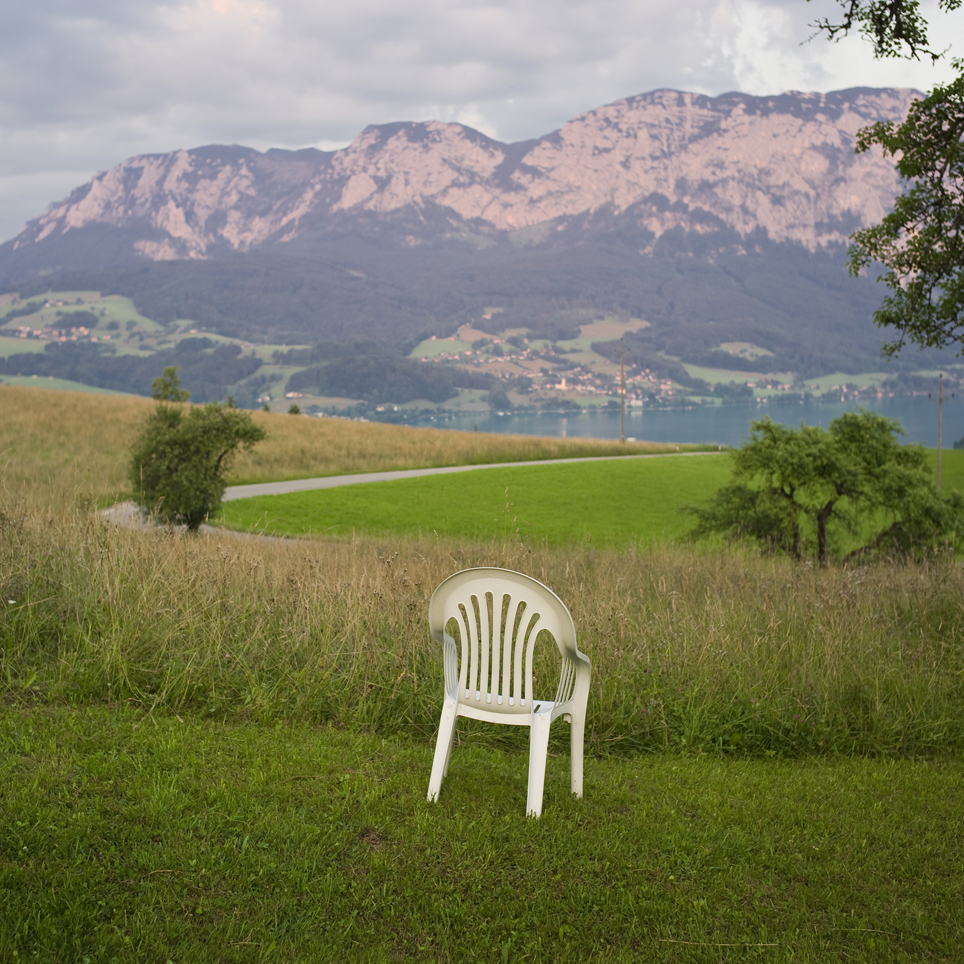